CHOT Reyes on Tuesday explained his decision to recall enigmatic forward Calvin Abueva and go with a small lineup for Gilas Pilipinas' matches in the second window of the 2019 Fiba World Cup qualifiers beginning with a match against Australia on Thursday.

Speaking in an exclusive report by ESPN5, Reyes, who is also president of TV5, said some of his choices for the 14-man lineup was forced by circumstances as he rattled off injuries to Troy Rosario and Mac Belo and the no-show of fellow big man Raymond Almazan.

"Some of the original guys that we had in mind got injured like Mac Belo, Troy Rosario, then you all know that Raymond Almazan stopped coming to practices so we had to drop him as well," said Reyes prior to Gilas' departure for Melbourne on Monday afternoon.

Surprisingly part of the lineup was Abueva, who was intially dropped by Reyes after his failure to attend the first three once-a-week practices of the national team - and was later rebuked by Reyes when he told mediamen that he was recalled to the lineup.

Reyes said Abueva's willingness to go through the grind with Gilas after his axing - as well as his admirable attitude - prompted the change of heart. 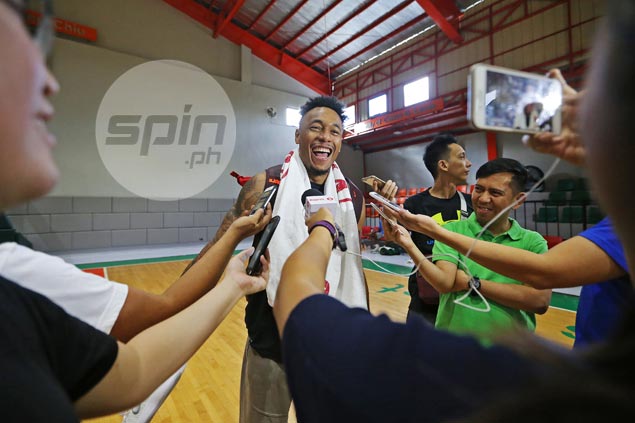 The national coach also moved to answer critics questioning the team's commitment ahead of the Thursday match against the heavily favored Australia Boomers and the home match against Japan at the Mall of Asia Arena.