NEWS that Calvin Abueva is set for a return to the Gilas Pilipinas pool is music to the ears of people who believe 'The Beast' best exemplifies the 'Puso' mantra of comebacking national coach Chot Reyes.

One of the last cuts in Tab Baldwin's lineup for last year's Fiba Olympic qualifiers in Manila, the Alaska star forward is set to get another national call-up when Reyes names the 12 new additions to his Gilas 5.0 pool in between Sunday's two PBA games at the Astrodome.

Fans have welcomed the news on social media and no one is happier than veteran coach Allan Trinidad, who was scathing in his criticism of Baldwin after he left Abueva out, saying the team lost its angst with the unpopular decision. 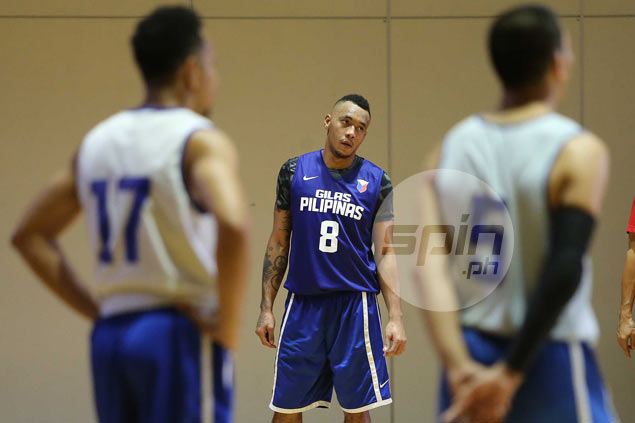 However, sources said Gilas officials have talked to Alaska management about Abueva's availability two weeks ago and even mentioned JVee Casio as an alternate in case Abueva isn't available.

The choice is understandable.

It will be recalled that Reyes tried to tap Abueva and Alaska teammates Sonny Thoss back in 2012 when he formed a pool for the 2013 Fiba Asia Championship in Manila, where Gilas finished runner-up to Iran.

Abueva and Thoss were unavailable at that time but both eventually returned to the Gilas fold in the 2015 Fiba Asia Championship, where Baldwin steered the Philippines to a runner-up finish behind China.

The former San Sebastian star also ticks all the boxes of Reyes, who envisions a young pool geared towards qualification for the 2020 Olympics. Abueva is 28 and is perfect for the 'small ball' system that has brought Reyes a lot of success in the past.

Trinidad expects Reyes to bring the best out of 'The Beast.'