A remorseful Calvin Abueva was quick to offer his apology to the entire Gilas team following his ejection late in the first quarter of its Fiba Asia Cup debut against China Wednesday night.

Abueva waited for his teammates at the dugout of The Nouhad Nawal Stadium in Beirut, Lebanon at the end of the game won by Gilas, 96-87, before saying his piece.

"Nag-sorry siya after the game," said PBA communications and external affairs head Willie Marcial, who was with league commissioner Chito Narvasa when the Alaska star offered his apology.

'The Beast' was ejected with 2:27 left in the opening period and Gilas in control of the game after a head-butt he committed against China's big man Li Gen.

The Chinese center was called for a foul for wrestling Abueva to the floor during a rebound play, although the undersized Filipino power forward claimed it was more than that.

But the incident was easily forgotten in the wake of Gilas' thrilling upset of the defending champions. 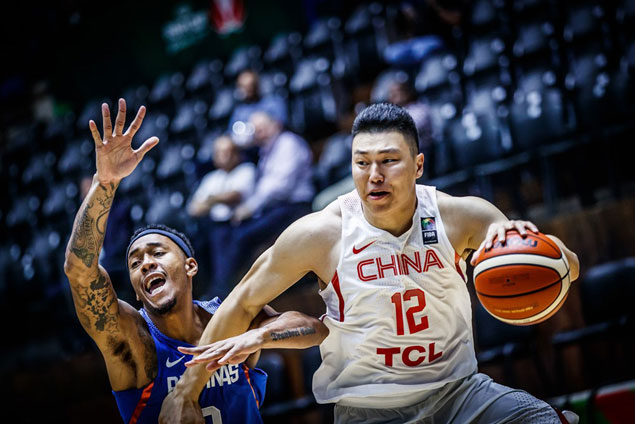 No suspension has been meted on Abueva despite the unsportsmanlike foul. He is expected to suit up on Friday for Gilas' game against Iraq, which stunned Qatar, 75-66, also on Wednesday.

The 6-foot-7 center, who serves as the team's naturalized player in the absence of Andray Blatche, was already not feeling well on the eve of the match.

He was administered with antibiotics and other medicines prior to the game.

The Gilas rookie played major minutes in the victory and finished with 15 points and six rebounds in his Fiba Asia Cup debut.