HE may no longer be that known to Philippine basketball fans of today, but there's a reason why the late, great Carlos Loyzaga is called "King Caloy."

The 6-foot-3 center led the golden age of Philippine basketbal back in the 1950s.

A three-time NCAA champion at San Beda, Loyzaga led the Philippine team to four gold medals in the Asian Games from 1951 to 1962, and a pair of golds in the Asian Basketball Confederation Championship (now-Fiba Asia Cup).

Of course, none of those could compare to the bronze medal the Philippines won in the 1954 Fiba World Championship in Rio de Janeiro - the country's best finish in the global hoops conclave and, to this day, the highest by any Asian country.

It was 66 years ago when that feat was achieved, a dramatic finish for the Philippine team as it had to nose out France, 66-60, in an intense up-and-down match in Brazil. 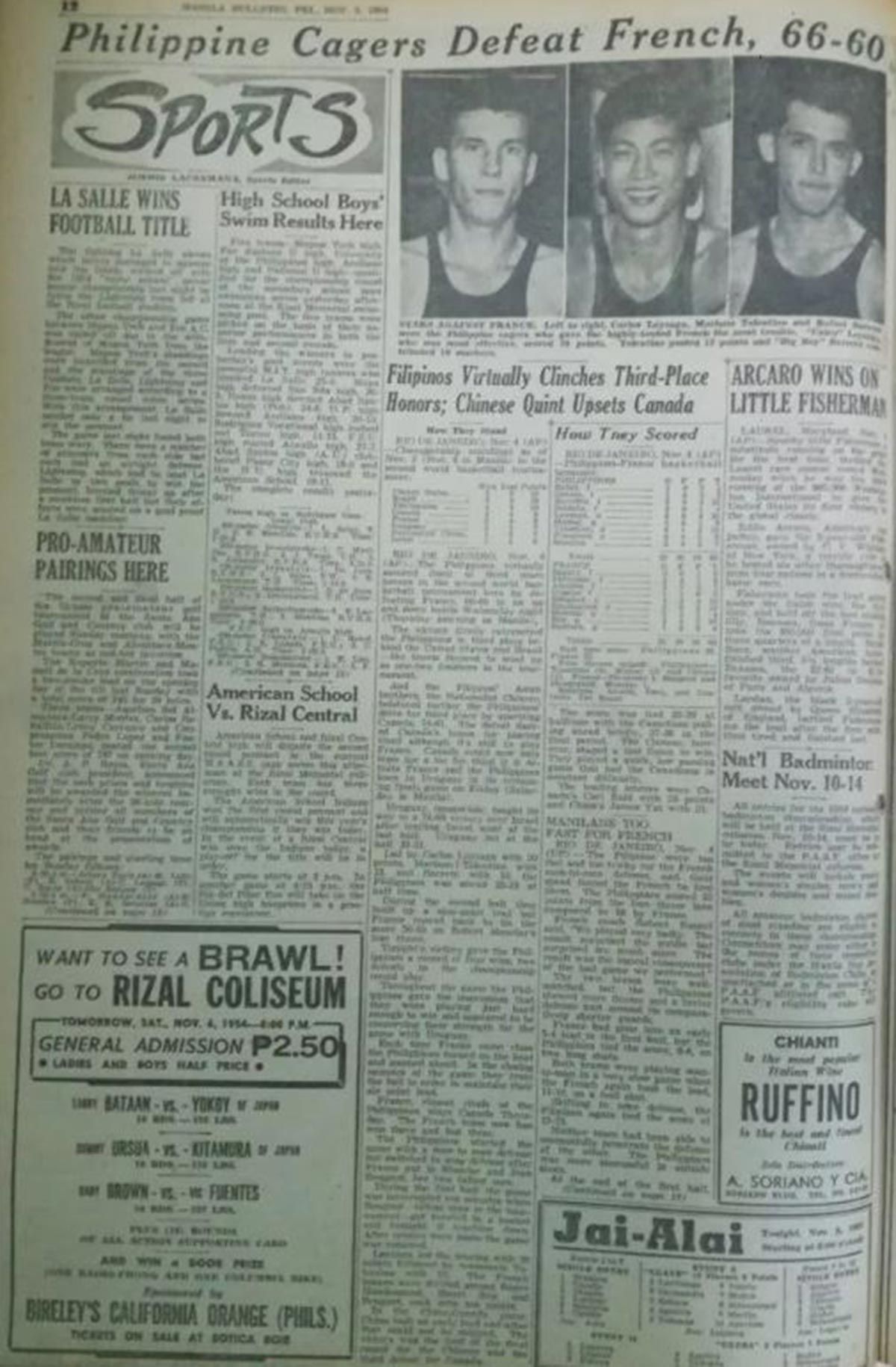 Loyzaga, unsurprisingly, was the Philippines' best player as he fired 19 points to steer the Herminio Silva-mentored squad to the victory that virtually clinched the country the bronze medal.

Tolentino added 13 points while Barreto got 10 in the conquest, where the Philippines had to hold off a pesky French side after seeing its nine-point lead dissipate after a free throw from Robert Monclar tied the game at 50. 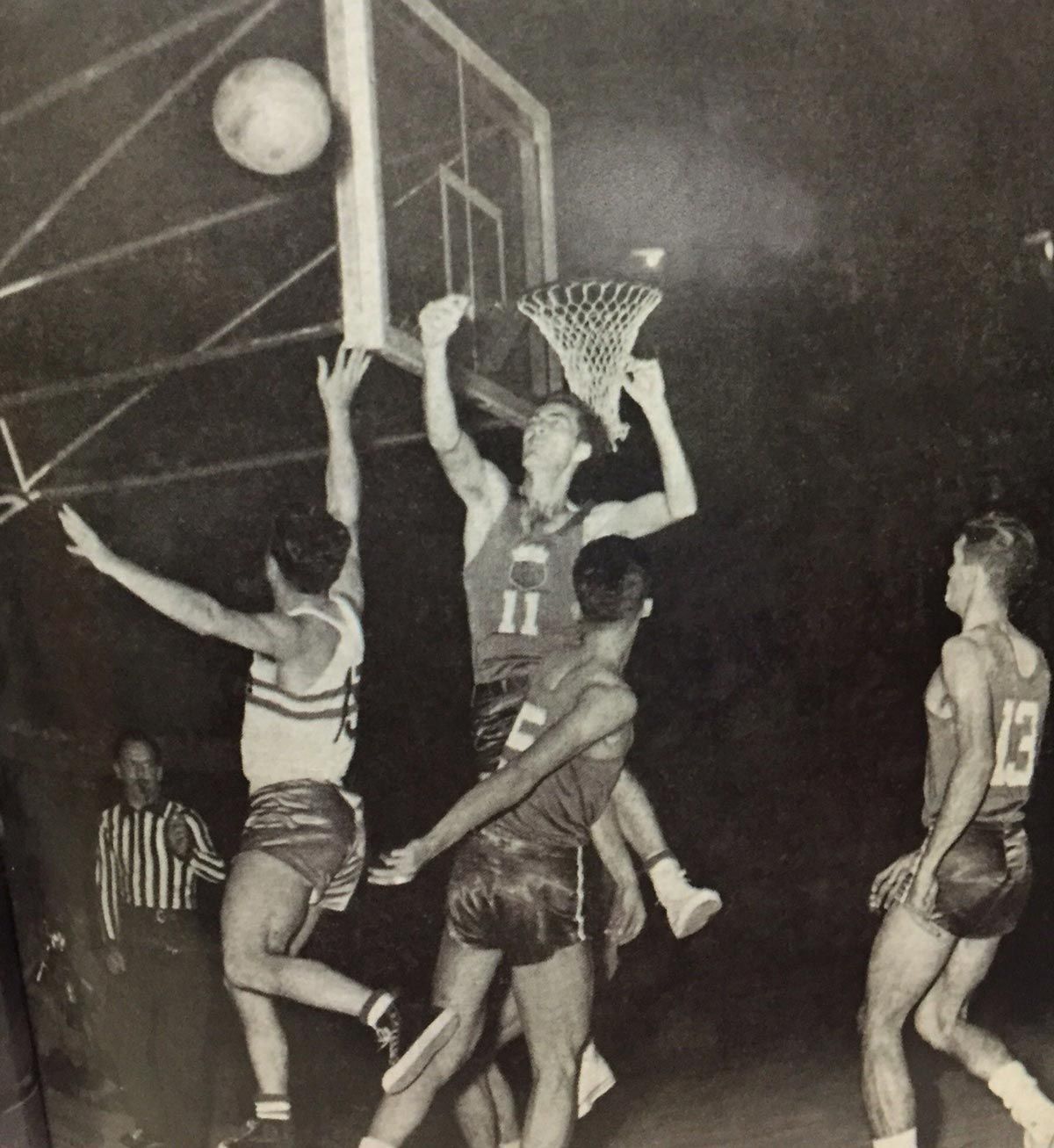 But the Filipinos' speed caused problems for the opposition as France found itself in foul trouble, with big man Andre Buffiere fouling out late. The Philippines cashed in on that opportunity, scoring 22 easy points from the charity stripe.

Defense also was a plus for the Philippines as the smaller, yet peskier Filipinos held France top guns Jean Paul Beugnot and Roger Haudengand to just 10 points each.

"We played very badly. The result surprised the public but surprised me much more. The result was a logical consequence of the bad game we performed," said France coach Robert Busnel, as quoted in a United Press report dug up by Manila Bulletin's Jonas Terrado.

The Philippines ended that campaign with a flourish, pulling off a 67-63 win over Uruguay with Loyzaga exploding for 31 points to end up with five wins against two losses.

The only defeats the Filipinos tasted in the tilt were to the other podium finishers in the competition.

Host and eventual silver medalist Brazil manhandled the Philippines, 99-62, in the preliminary rounds, while gold medalist United States nipped the Filipinos, 56-43, in the round robin final round.

At the end of the tournament, Loyzaga had the third-best scoring average with 16.4 points through nine games, only behind Uruguay's Oscar Moglia and Canada's Carl Ridd.

Deservedly so, Loyzaga earned his place in the All-Tournament Team, the lone Filipino to ever reach that pedestal, where he was joined by Kirby Minter of the United States, Wlamir Marques and Zenny de Azevedo of Brazil, and Moglia. 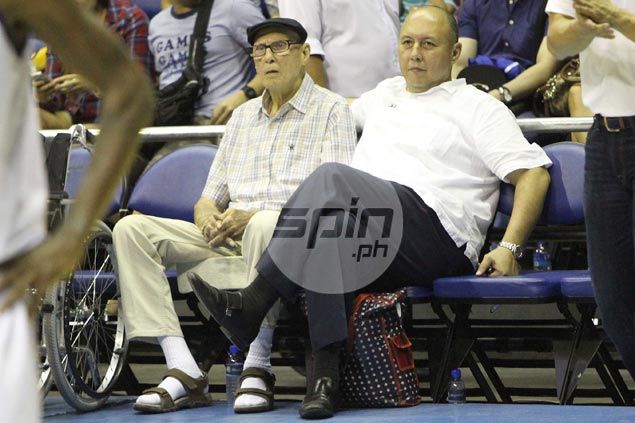 No Asian has ever made it to the Mythical Team for the next few decades until Chinese giant Yao Ming got the nod in the 2002 Fiba World Championship in Indianapolis.

That's enough proof to those who don't know how good Loyzaga, who passed away at the age of 85 back in 2016, was in his heyday.

And his career, with the amount of glory he brought to the country back then, should also serve as an inspiration for our current crop of basketball players as Gilas Pilipinas continues its unending quest for success in the global stage.

That's "The Big Difference" to you.