BRIAN Goorjian said he respects the work that Chot Reyes has done as Gilas Pilipinas head coach in the national team’s build-up for the Fiba Basketball World Cup.

The Australia national coach, who is the concurrent mentor of the Bay Area Dragons in the PBA, said he has high regard for Reyes for his hands-on approach to the Gilas program particularly during the World Cup qualifiers.

Goorjian said he is amazed with how Reyes handles the Gilas program while also coaching his club team in the PBA at the same time.

“He has done such an amazing job. I’m with the Australian national team. I’m not coaching the window games. He has been travelling everywhere and coaching Gilas and also coming back and doing this (PBA),” said Goorjian.

"I’ve just been this [Bay Area coach] and had [another] coach take that side [Fiba qualifers for Australia]. Full respect for him."

Goorjian and Reyes faced off in a battle of national coaches but it was the Boomers mentor who got the favorable result as the Dragons overwhelmed Reyes’ Tropang GIGA, 140-108.

During the customary postgame handshake, Goorjian and Reyes shared a brief chat at midcourt. The Australian-American coach said he would like to meet with Reyes, a person he considers a friend, to discuss basketball and pick his brains.

“We are both involved with national teams, to share some ideas, some thoughts moving forward. I have respect for his basketball brain, and as I said, we got a little break here, maybe we can get together and have a meal and break bread,” said Goorjian. 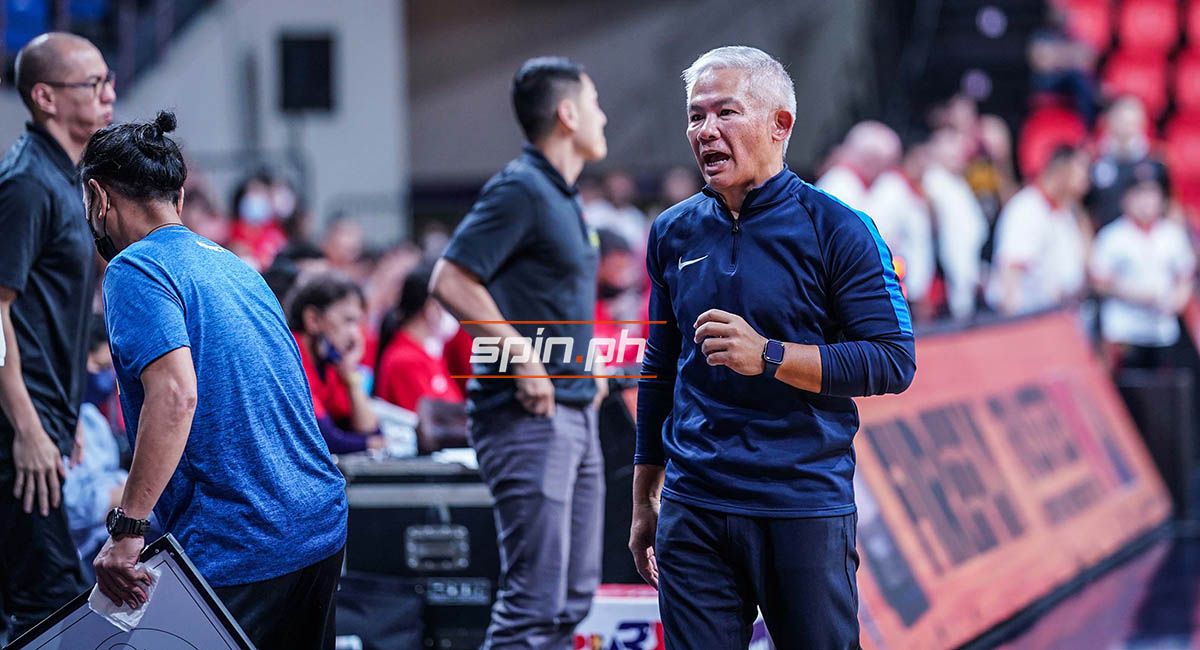 “What he has seen in the region, what he sees coming, I just want to get his thoughts from him and get some ideas, and again break some bread with a friend,” said Goorjian.

Reyes said he also looks forward to chatting with Goorjian outside the basketball court setting.

“Kaibigan ko ‘yan. I know him way, way before. Long, long way back. Twenty years ko na siyang kakilala. Kuwentuhan lang and we promise to get together and have dinner. We have been friends for a long, long time,” said Reyes.