Blazing Australia too much for Gilas Women in Asia Cup

GILAS Pilipinas Women showed better fight, yet could not douse the blazing shooting from Australia as they suffered a 64-point mugging, 120-56, in the 2021 Fiba Women's Asia Cup on Wednesday morning (Manila time) at Prince Hamza Hall in Amman.

After the Filipinas' inspired rally late in the first quarter, the Opals responded with 15 unanswered points to start the second frame which would later be part of a 32-point period to grab a 64-33 halftime lead.

Australia continued to torch the Philippines from deep, going on a mercurial 14-of-34 from threes as it dominated the boards, 41 ro 18.

Lauren Nicholson drained four treys to lead the Opals with 21 points, six rebounds, and three assists, while Keely Jane Froling got a double-double of 18 points and 12 boards in the win.

Australia, the world no. 3 team in the world, improves to 2-0 in Group B and now heads to a battle of undefeated teams when it takes on world no. 7 China on Wednesday evening.

Meanwhile, despite the Philippines dropping its second assignment, it remains in contention for the knockout rounds as it fights fellow winless team Chinese Taipei on Thursday midnight. 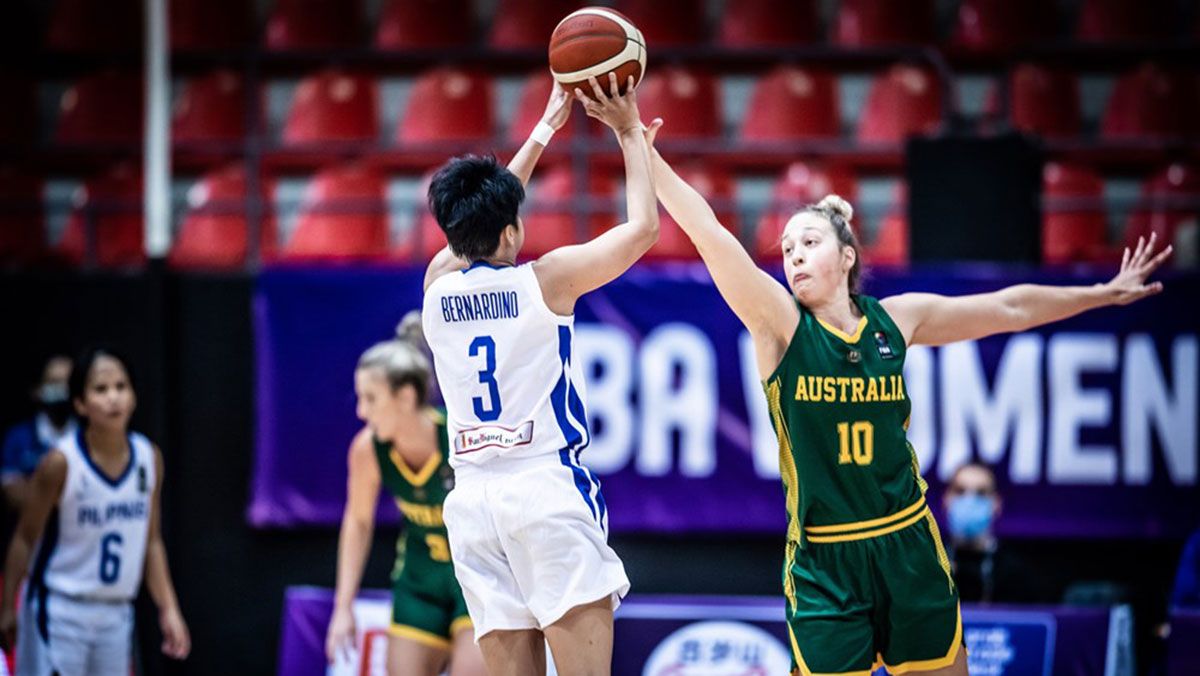 Janine Pontejos drilled three of her nine treys to lead Gilas Women with 13 points, while Afril Bernardino did all she could with her eight points and three boards.

Kristine Cayabyab also had a solid outing, going for 10 points as the Filipinas failed to keep up in the succeeding cantos after staying within striking distance at 30-20 late in the first period.