Black excited to see a Sotto-Kouame-Edu frontline for Gilas

VETERAN coach Norman Black emerged from the last Gilas Pilipinas bubble upbeat about the short- and long-term prospects of teen prodigy Kai Sotto - and encouraged by what the future holds for the national team with him around.

"He's actually pretty good," Black said of the 7-foot-3 Sotto, who he had the chance to see up close as an assistant coach of Gilas Pilipinas during the weeks-long bubble training at the Inspire Sports Academy in Calamba, Laguna.

From what he saw, Black had no doubt that the 18-year old's game took a giant leap from a year ago. The Kai Sotto who joined the Gilas pool in the Calam-bubble, he said, was more forceful and a much bigger presence inside the paint.

"My personal opinion? He's definitely a lot better than he was a year ago before he left, which tells us that the US training did him a world of good and he only needs to keep doing what he's doing to get to the NBA," Black said.

"Of course, he's still not at that level to be in the NBA. But who is at 18? I mean, at that age we were all trying to get better and be good enough to play in the NBA," added the former Detroit Piston.

The Meralco coach said a conversation with Sotto's dad Ervin gave him the assurance that the best decisions will be made for the kid's dream.

"So let's all be a little's more patient," said Black. "The fact that he's improved means Kai is on the right track. And his dad is also there to look after him." 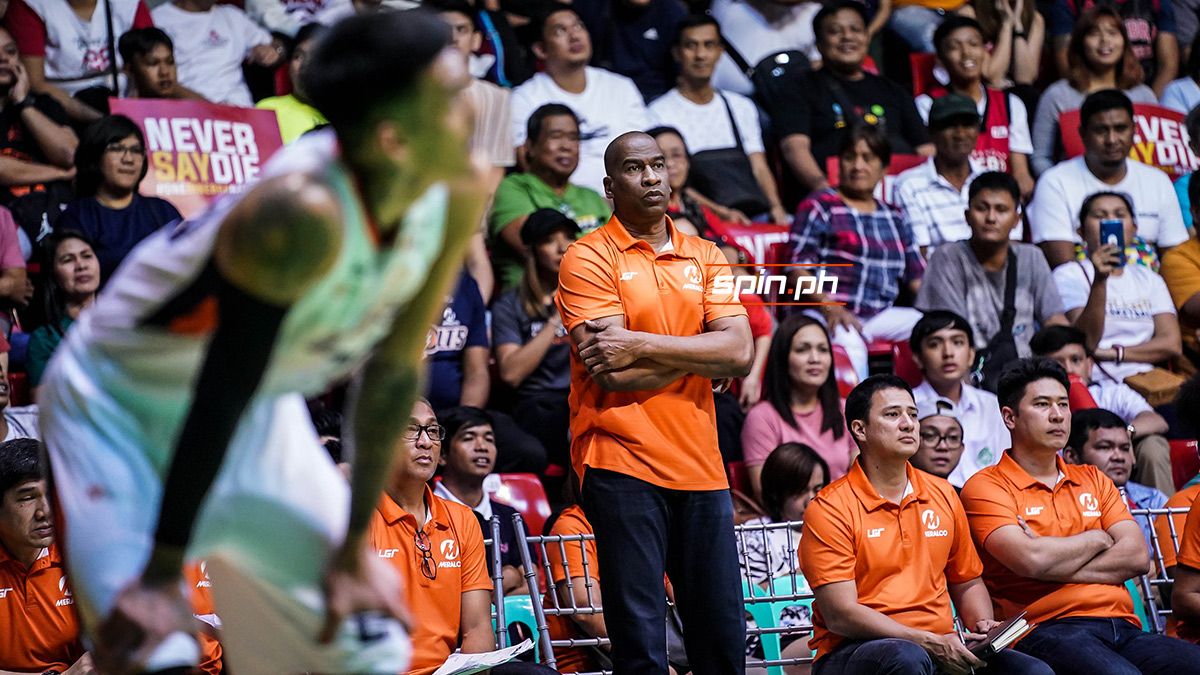 Reports emerging from the Calam-bubble claimed Sotto more than held his own in his battles with naturalization candidate Ange Kouame in the one week he joined Gilas practices and scrimmages.

Black declined to make the comparisons, but what he's excited about is seeing Sotto, Kouame and fellow young gun AJ Edu teaming up in the future to give Gilas what would easily be its tallest frontline ever.

"Imagine a 7-3 guy teaming up with someone who's 6-foot-9 or 6-10 plus another 6-11 player, Gilas has never been that big," gushed Black. "And don't forget, we's still have guys like June Mar (Fajardo) and Japeth Aguilar in that frontline."

The challenge moving forward, Black said, is on how the Samahang Basketbol ng Pilipinas (SBP) and the PBA can work together to make sure that the best talents will be made available to surround these three giants in future competitions.

"We only need to surround these three with shooters, plus aggressive players like CJ Perez," he said. "But to do that, you have to get players from every PBA team like San Miguel, TnT, Rain or Shine, Ginebra and the others."

If things fall into place, Black there's reason to be excited about Gilas' future.