WITH the Philippines backed against the wall, Yeng Guiao swallowed his pride and recalled Andray Blatche for a pair of make-or-break Fiba World Cup qualifiers.

Blatche made sure he didn't regret the decision.

The naturalized Filipino had a game for the ages on Sunday, finishing with 41 points, 14 rebounds, four steals, and two blocks in a 93-75 win over Kazakhstan that enabled the country to punch a ticket to the 2019 Fiba World Cup in China.

“We didn’t have Andray Blatche in Manila. I think that’s one big factor,” national coach Yeng Guiao said when asked about the difference between Sunday’s match and the November home game which the Philippines lost to Kazakhstan.

Guiao left Blatche out of that November lineup for two reasons. One, he wanted to see if an all-Filipino crew could get the job done. Two, the veteran coach didn't like that the former NBA player showed up for Gilas games in the past not fully fit.

But all those doubts were washed away right in the first quarter of the game at Astana, when Blatche hit three three-pointers and scored 17 points to set the tone for the visiting side.

“He just took over the game and that’s what he did for us,” Guiao marvelled. “If it weren’t for Andray, (we) would have been behind by 15 points and it could have been very hard for us to come back." 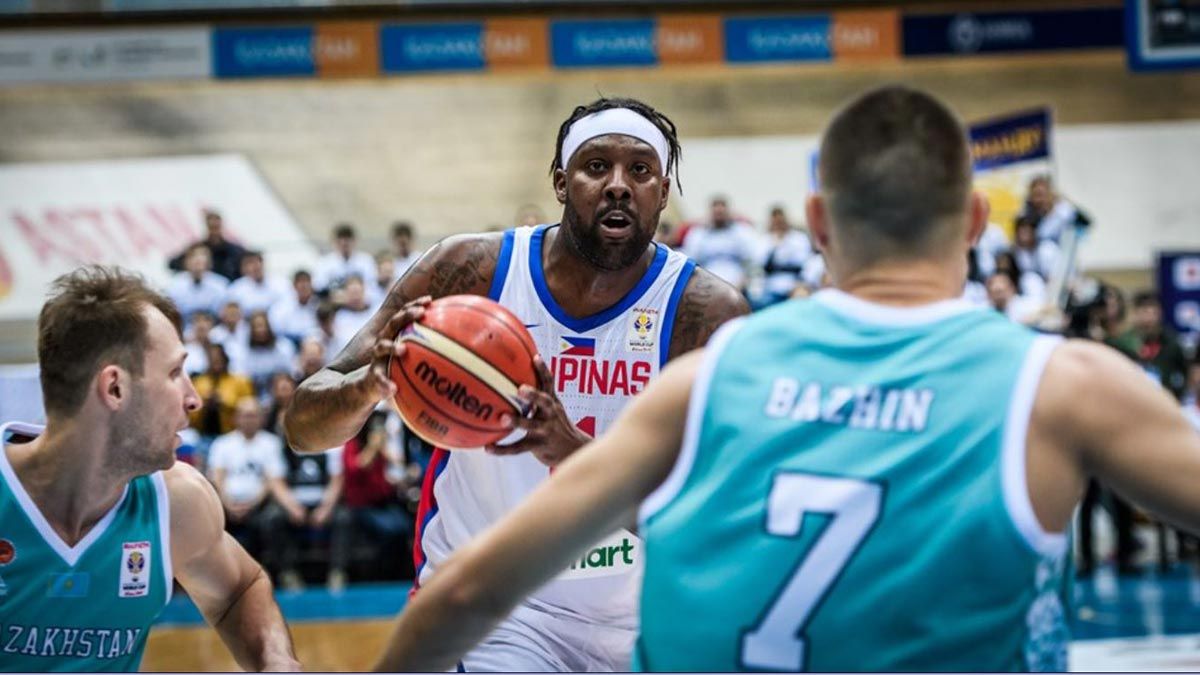 Blatche, 32, didn't hide his disappointment over the Guiao snub back in November, saying he felt 'lost and confused.' But the naturalized player did everything to repay the coach's faith.

He also said all the right things after the win.

“It was a very emotional game for us. We knew what’s at stake for us. It’s either we win or go home. I feel like we competed from the jump till the end," said Blatche, who saw action for Gilas under Chot Reyes in the 2014 World Cup in Spain.

"We had some minor speed bumps in the game. Fouling, and being too emotional. But we stood to it,” he added.

Explaining his decision to take back Blatche after the former New Jersey Nets forward's suspension for the Gilas brawl against Australia had lapsed, Guiao said he needed that 'dominant post presence' to attack the enemies' defense.

Against Qatar on Thursday, Blatche attracted enough attention to free up Marcio Lassiter, Paul Lee and the other Gilas shooters in a 84-46 blowout.

In the away game against Kazakhstan, Blatche set the tone then allowed Jayson Castro, June Mar Fajardo, and the rest of his teammates to finish the job.

“Andray carried us on his shoulders in the first half. He was on fire. I was kinda worried that the guys were going to over-rely on him. But in the second half, the rest of the guys stepped up,” Guiao said.