Another rough day at the office for Abueva, but 'Beast' at least can laugh it off

'The Beast' has had a rough start to his second tour of duty with the national team, playing a grand total of nine minutes off the bench in games against China and Iraq - neither of which he got to finish.

The enigmatic Alaska star was the last to join Gilas' training camp after dealing with 'personal issues,' and so far he's also the last to get untracked among the 11 men sent to fly the flag in the Asian championships.

Just one-and-a-half minutes after coming off the bench against defending champion China on Wednesday, Abueva was ejected after retaliating to Li Gen's rough tactics in a rebound battle with a head-butt.

Two days later, Abueva picked up three quick fouls shortly after coming off the bench in the first half of the game against Iraq, sat out a long stretch, then was whistled for his fourth soon after coming back in.

The former NCAA MVP out of San Sebastian has yet to make a field goal in the tournament, but at least got three free throws as Gilas wrapped up its second straight win on Friday night.

But just when he looked ready to get into the flow, the referee stopped Abueva from taking the second of his two free throws with 35 seconds left in a weird call.

'The Beast' had a small scratch on one hand that needed to be attended to under Fiba rules.

Jayson Castro ended up taking the free throw in Abueva's place as the national team's energizer bunny again watched the final seconds tick away in a game from the Gilas bench. 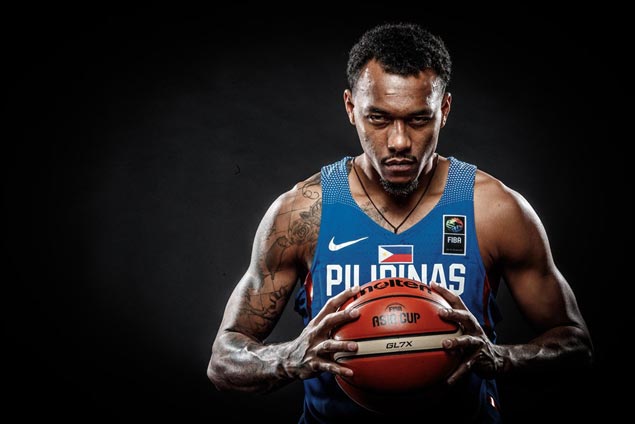 Abueva, at least, can laugh off the incident since Gilas has won both matches to stake a claim to the top seeding in the tough Pool B - despite his misadventures.

But Gilas will need Abueva to be in beast mode if it is to go deep in the tournament since the man he is tasked to spell as the team's top defensive stopper, Gabe Norwood, has logged heavy minutes (54 minutes in two games) so early in the tournament.

Knowing the 'Beast,' however, there's no doubt he soon will.