BATANG Gilas stamped its class on Southeast Asian basketball with an 83-62 win over Malaysia on Thursday at the close of the Seaba Under-16 Championship at the Smart-Araneta Coliseum.

The Philippines received a worthy challenge from erstwhile unbeaten Malaysia, pulling away only in the second half to complete a four-game sweep of the round-robin tournament in front of a sprinkling of home fans.

The Batang Gilas cagers captured their fourth Seaba title in as many editions before moving on to the 2017 Fiba Asia Under-16 Championship after securing one of the three slots allotted the Southeast Asia zone.

Kai Sotto, RC Calimag, and Terrence Fortea topscored for Batang Gilas but also got support from Raven Cortez and Bismark Lina in the victory.

Sotto had 15 points, 12 rebounds, and four blocks, while Calimag and Fortea added 15 points each for the hosts, who came under siege when Malaysia pulled within 36-38 late in the first half.

The Philippines, however, finished the first half strong with a triple by Fortea and a buzzer-beating shot by Lina to take a 43-36 lead at the break.

Lina also tallied a double-double by finishing with 13 points and 10 rebounds while Cortez finished with 13, hitting key baskets when Batang Gilas started the fourth quarter with a 12-0 run to pull away for good. 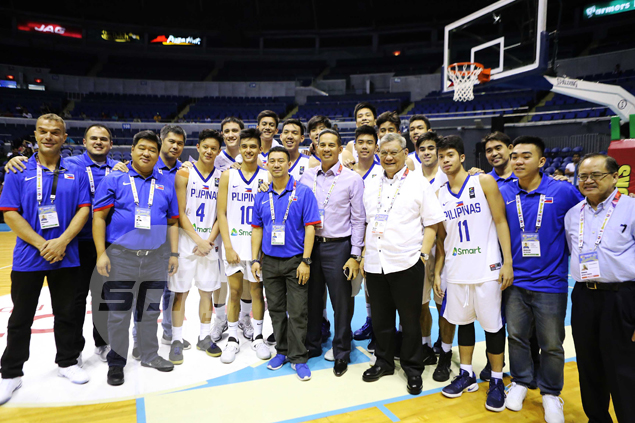