Like Toroman, Baldwin has seen the Euro potential of the 6-foot-5 guard the moment he first saw him.

As talented as Ramos is, the veteran internationalist said the Gilas guard can only get better as he continues to get exposed to big international competitions like the just concluded FIBA Asia Cup qualifiers in Clark, Pampanga.

“I’ve said that since I first saw Dwight particularly if he can continues his progress as a point guard,” said Baldwin after Gilas Pilipinas capped its perfect 3-0 campaign in the final window of the qualifiers with an 82-78 win over South Korea Sunday at the Angeles University Foundation gym.

“I think he feels the game really well. He’s got good size and strength to be able to play a physical, competitive competition like European basketball is.” 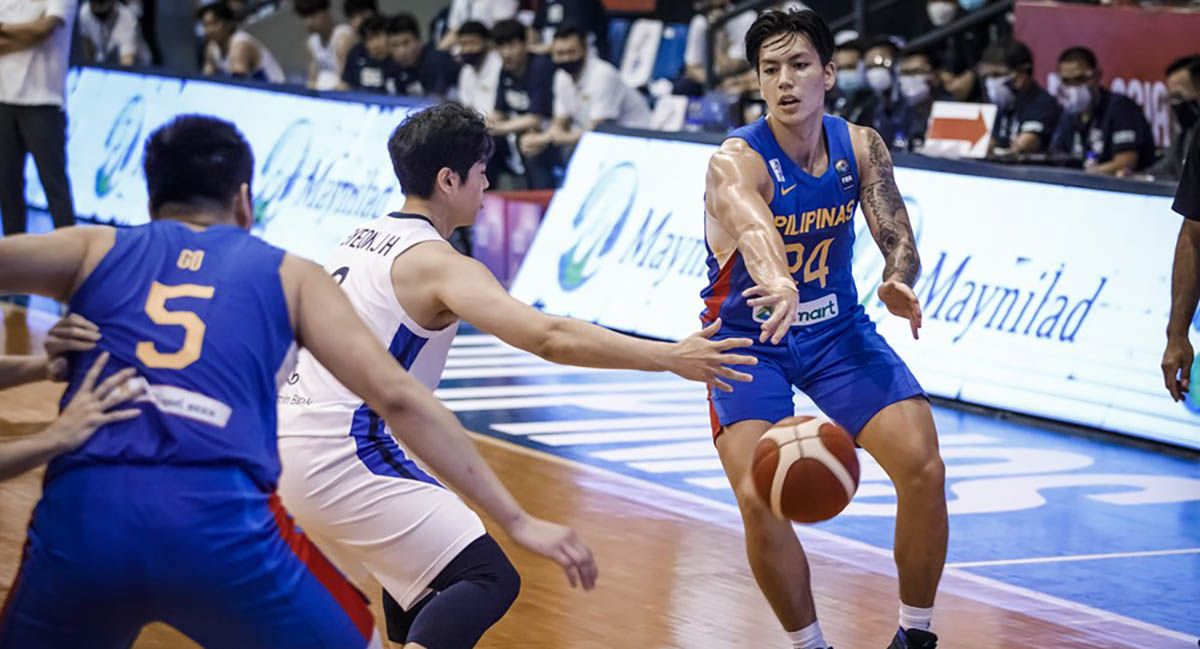 The compliment came just two days after Toroman, the former Gilas Pilipinas mentor who’s now head coach of the Indonesian national team, singled out Ramos as the one player from the Philippine side who really impressed him.

“I think that the biggest surprise for me not only today but in the tournament in Bahrain and in the first game is Dwight Ramos. He is looking like a European player … very tough, athletic who can shoot the ball.”

In Gilas’ rematch with the Sokors, the incoming Ateneo rookie playmaker was even lethal, sparking the team’s offense with a team-high 19 points on 5-of-9 shooting from three-point range. He added five assists, three rebounds, and two steals.

The performance again had Baldwin excited at the prospect of a bright future for Gilas with Ramos around.

“We certainly don’t know what Dwight’s future yet, but I think this is a young man who can play this game at a high level pretty much anywhere in the world,” said the Gilas coach.