A squad with no active NBA player, Argentina gets shot at Fiba gold

BEIJING — Luis Scola was asked what Sunday will mean to him, and he didn't hesitate with the answer.

The veteran Argentine forward didn't need to give more of an explanation. The World Cup is one win away, and Scola made sure his team would have a chance to hoist the trophy.

Scola scored 28 points and grabbed 13 rebounds, sealing the deal with 3-pointers on consecutive possessions down the stretch, and Argentina beat France 80-66 on Friday in a World Cup semifinal. Argentina will play Spain in the gold-medal game on Sunday. 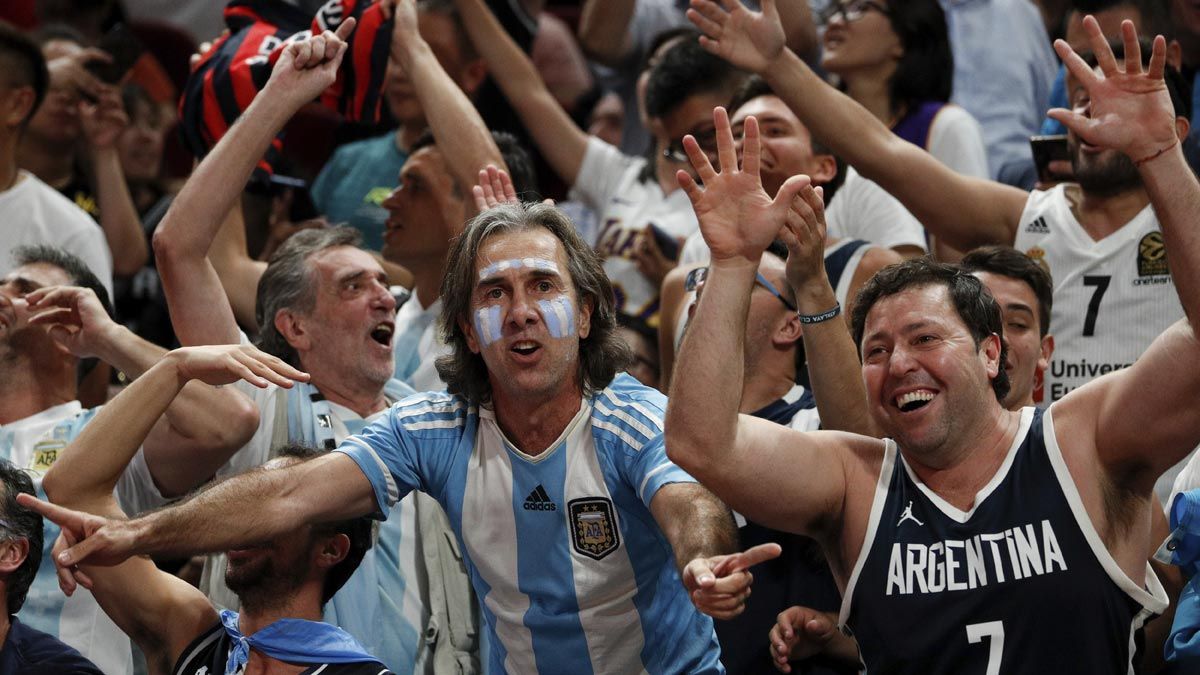 Gabriel Deck scored 13 points and Facundo Campazzo added 12 for Argentina, a team with no active NBA players on its roster and still made its first gold-medal game in Olympic or World Cup play since the 2004 Athens Games. And when he made his way to the locker room, Scola was greeted by chants of "M-V-P" from teammates.

He corrected them with a smile: "MBP," he said. "Most Beautiful Player."

Indeed, on the court the 39-year-old's game is still very much a thing of beauty. Showing no signs of fatigue, he played 34 of the 40 minutes and saved his best for the very end.

"Luis told us before every game, including today, that we can win — that we are a tough, tough team to beat," Argentina center Tayavek Gallizzi said. "Just focus on our game. It's incredible. At his age he is playing better than all the younger guys." 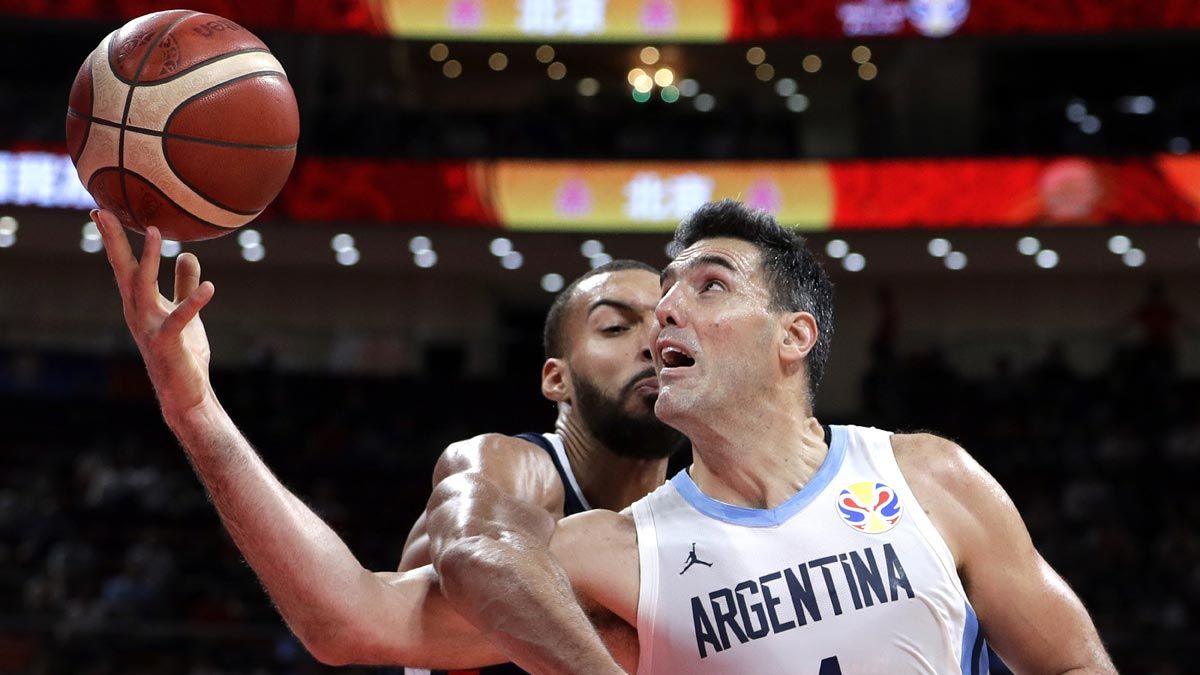 Frank Ntilikina and Evan Fournier each scored 16 for France, which will play Australia for the bronze on Sunday. Nando De Colo scored 11 for France, a team that looked nothing like the one that topped the US in the quarterfinals on Wednesday.

Rudy Gobert, who led France in that win over the Americans, scored only three points against Argentina.

"From the first to the last minute, it was complete domination," Gobert said, tipping his cap to Argentina.

"I didn't want to find any excuse, but I think so," said Collet, who cancelled practice Thursday because of his team's travel demands. "For me, it's not fair that one team has two days to recover and prepare even if they don't know the first day who will be the opponent. They know it'll be one or the other, so they can prepare for both." 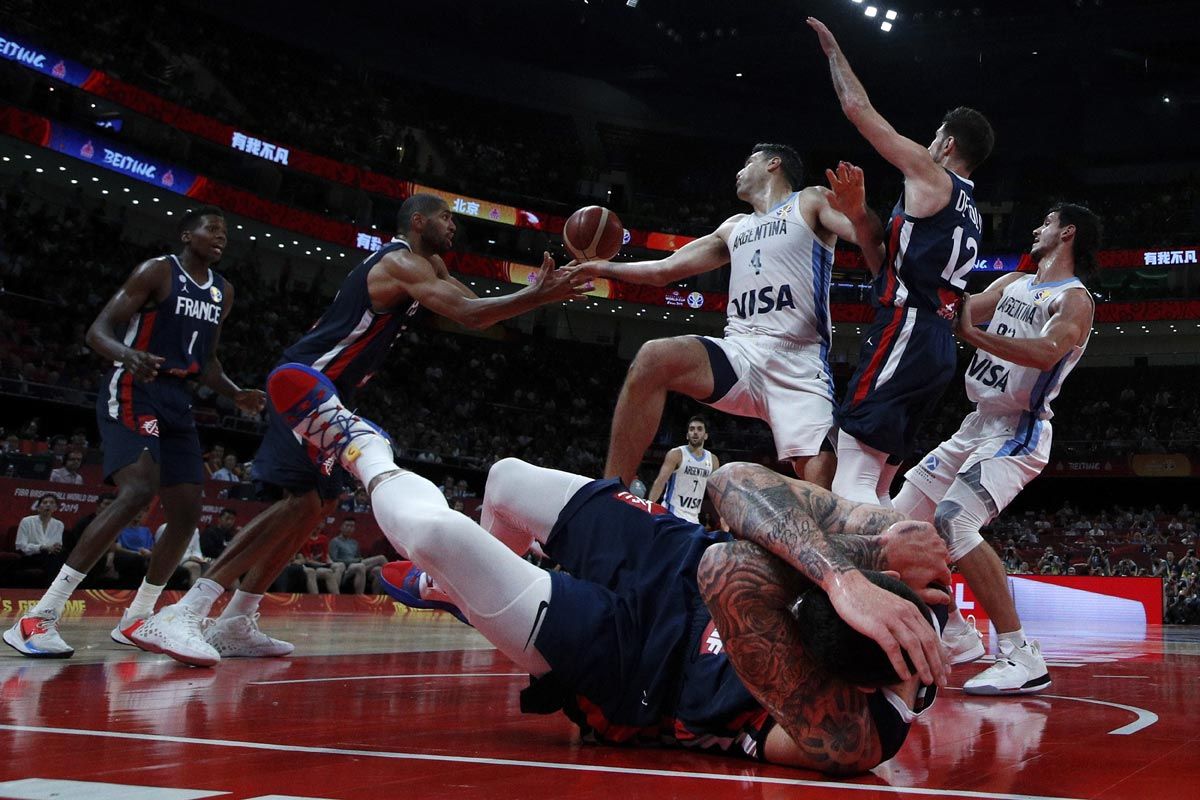 Argentina put together an early 10-0 run to take the lead, and kept it the rest of the way. A 15-point lead got cut to single digits for much of the fourth, when Scola's back-to-back 3s clinched the outcome.

"It was a great game for us," Campazzo said.

France: The French still have a chance to match their best World Cup finish, third in 2014 ... Vincent Poirier took a hard fall under the Argentina basket while fighting for a rebound late in the third quarter. He was able to get to the bench a few moments later. ... France fell to 1-5 against Argentina in major tournaments.

Argentina: Manu Ginobili, the longtime San Antonio standout and the leading Argentina-born scorer in NBA history, was courtside watching his national team. Fellow retired NBA stars Kobe Bryant and Chris Bosh were also courtside. ... It took Scola only 16:45 of playing time to get a double-double; he grabbed his 10th rebound with 21 seconds left in the half and already had 13 points.

Argentina scored a bit of World Cup comeuppance. France and Argentina most recently met in a World Cup just last year — the soccer version. France ousted Argentina in the round of 16, prevailing 4-3 on its way to winning the title.

Spain has faced Argentina nine previous times in top-level international competition and has a decided advantage in the rivalry. Spain is 7-2 against Argentina in those meetings, the most recent one being a 19-point win at the Rio Olympics three years ago.

France: Faces Australia for bronze medal in Beijing on Sunday.