ANGE Kouame is ready to represent the Philippines for the long haul.

The 20-year-old Ivorian slotman expressed his desire to be a naturalized citizen as he hopes to be a part of Gilas Pilipinas in the future.

"Yeah, I think it's underway. I think it will happen," he said on Saturday.

This is in hopes of enlisting the 6-foot-10 center in SBP's planned naturalized players pool.

Kouame has been in the country since 2016, studying high school in Multiple Intelligence International School in Katipunan before going to Ateneo for college. 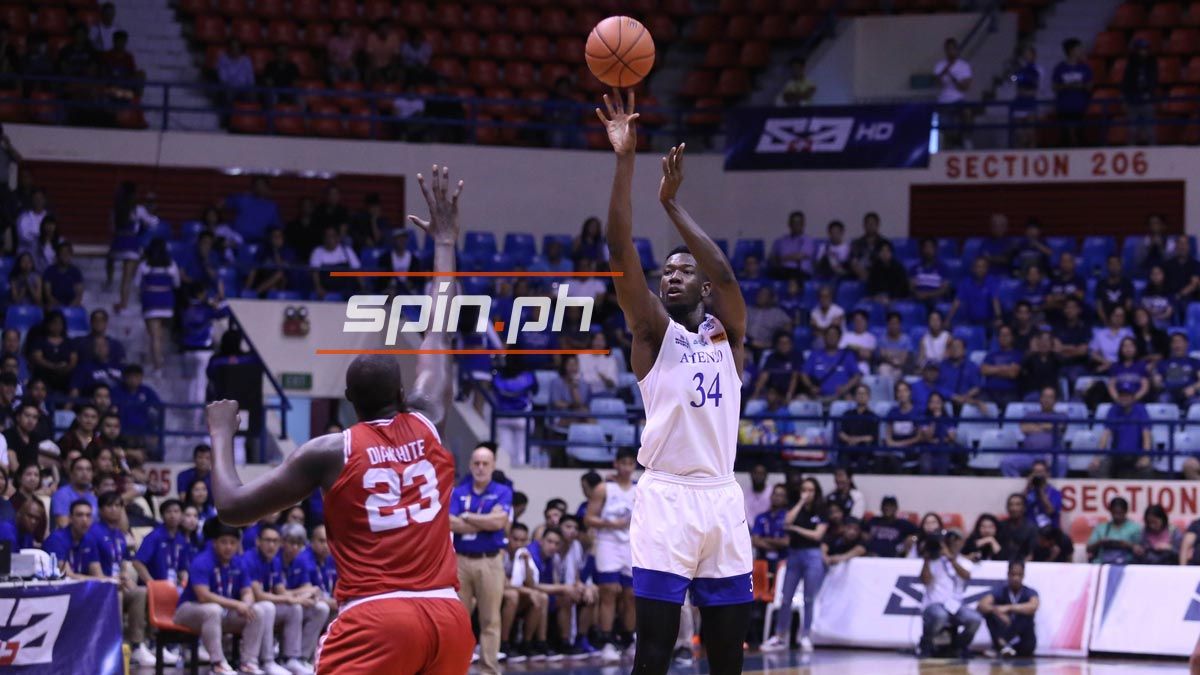 With him basically growing up in the Philippines, Kouame is honored with the possibility of his naturalization getting the green light.

"It's also a blessing for me. I realize where I am in the UAAP and where I will be as a naturalized player for the Philippines. It's really an honor for me," he said.

If things hold to form, it will also reunite Kouame with his former Ateneo teammates in the Gilas Pilipinas pool, with Thirdy Ravena, Isaac Go, and twins Matt and Mike Nieto already included in the longterm plan for the 2023 Fiba World Cup.

"I'm super excited," he said when asked about that possibility. "After the Finals, we were talking about that, that we'll be missing each other, with Isaac, Thirdy, the Nieto brothers. It really motivates me to be part of this pool, to practice with them again. It's gonna be memorable and enjoyable for me."

Kouame admits that with the way he's evolved as a basketball player, he's also gotten interest from his home country, Ivory Coast.

Les Elephants finished 14th in Afrobasket 2017, but was still able to qualify for the 2019 Fiba World Cup in China. Like the Philippines, Ivory Coast also went winless through the five games that it played.

For Kouame, though, he believes that joining Gilas Pilipinas will be a better decision for him, so much so that he's already got the blessing of his family.

"There were (offers from Ivory Coast), but I'm not really set about that. I talked to my mom about that and I think my family won't be disappointed even though they have plans for me," he said. "If I go with Gilas, they have more goals in the future and they project to be in the higher level of competition like Fiba World Cup and I want to be part of it."

"I've decided and I think I'll go with the Philippines."