ABU Tratter appeared in practice of Gilas Pilipinas for the first time on Friday night, returning to the national team since being selected in 2018 as part of the original pool for the 2023 Fiba Basketball World Cup.

Tratter was selected as part of the pool labeled as ’23 for 23’ as potential players for Gilas for the country's hosting of the World Cup. Now a PBA player, he has been called for the pool for the first window of the Fiba Asia Cup 2021 qualifiers.

“It’s an opportunity,” said Tratter. “Just like before, just trying to soak it up with a new group of guys. I’m not sure who they are, how they play so I just ty to soak it up, have camaraderie with them, and also just make sure that I learn.” 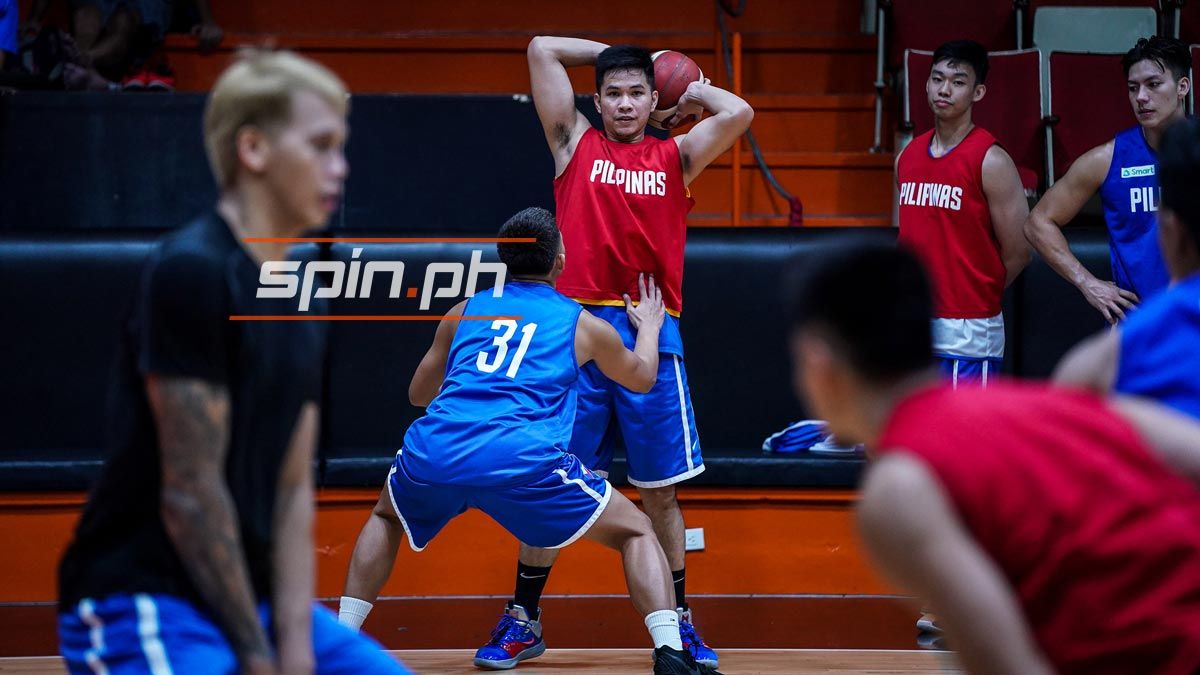 Tratter showed up a few days late for practice since being called up since he had to attend a team-building trip by Alaska. He said Alaska teammate and fellow late call-up Vic Manuel may take a little longer.

"I’m excited because Vic is a great guy to be around. He is a vet that we need here in this gym. He just had a baby so it’s going to take a while for him to come here. He’s my vet so I’m learning a lot from him,” said Tratter.

Tratter admits feeling like a veteran this time in a youth-laden pool.

“Explosive, strong, they are willing to learn,” said Tratter, describing his younger teammates. “It’s a blessed opportunity for them because I can think of when I was in college and I came here, I’m just starry eyed, seeing June Mar [Fajardo], seeing everyone.

"I’m guessing they have the same experience right now. They are starry-eyed too but I think they are going to do well.”

Tratter said he is taking advantage of learning new things under the new Gilas coaching staff led by Mark Dickel.