A LONGTIME FIBA agent believes opportunities are starting to open up for Filipino players with the globalization of basketball.

Ramos, from Detroit, Michigan but whose roots are from the North, currently represents top rookie pick Joshua Munzon and has been a players’ agent for a long time now.

“There are more and more opportunities for Filipinos now, like the Japan B.League,” he said. “Thirdy Ravena has paved the way.”

Ravena currently plays with San-en NeoPhoenix. His older brother Kiefer Ravena was earlier reported to be interested as well of pursuing a career in the B.League despite being under contract with NLEX.

From among the current young players, Ramos sees Kobe Paras and Rhenz Abando as among those who have the potential to play in Japan and earn some good money, although he’s not closing the doors on other aspiring Filipino players.

Just last week, a record 86 rookie applicants made it to the PBA draft, with a total of 61 players taken during the proceedings that reached as far as the eighth round. Half of the draftees – or even less – are expected to be signed to a contract.

Ramos is hoping to represent more Filipino players in the future, but has been in the business for quite some time now, bringing in mostly imports to the PBA and the ASEAN Basketball League (ABL).

But before Munzon, he also brought a number of Fil-Ams in Asia’s pioneering pro league.

“Justin Melton was the last player I brought to the PBA,” he said. “And then Richard Smith in the ABL and Gilas cadets.”

Smith was the Subic-born Fil-Am who suited up for the Indonesia Warriors, but is best remembered for an endgame altercation with Asi Taulava during the time the evergreen Fil-Tongan suited up for San Miguel in the regional cage league.

The 6-foot-7 Smith also tried out for the Gilas cadets for the 2013 Southeast Asian Games in Myanmar.

“I have been doing mostly imports in the ABL, PBA and Asia for the past seven to eight years now,” said Ramos, mentioning Sam Deguara, Malcolm White, Chris Dierker, Josh Boone, Liam McMorrow, Reggie Johnson, Johs Fields, Gani Lawal, Frank House, to name a few, among the players he represented before.

He’s been handling Munzon since the 6-foot-4 Fil-Am left college at Cal State University in Los Angeles and began his ‘basketball journey.’

“I’m very proud of Joshua. He has always taken on all challenges in his basketball career, and succeeded at every level whether it be in the ABL, Thailand Basketball League, PBA D-League, and Chooks-to-Go 3x3. 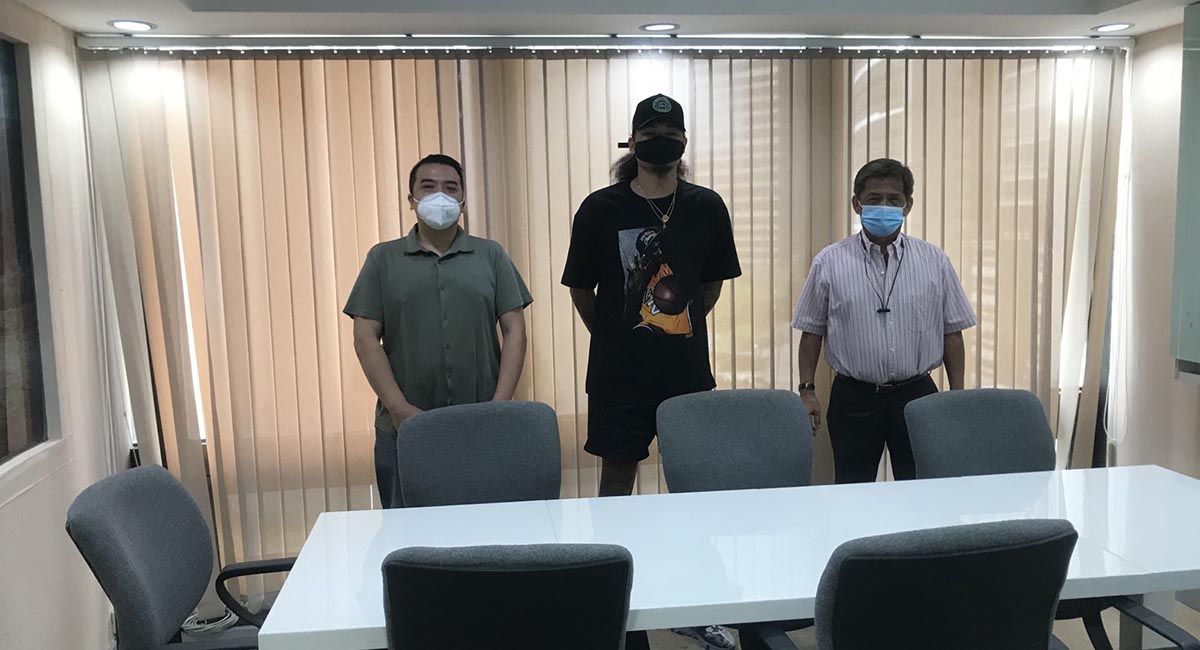 "As the No. 1 overall pick in the PBA draft, there are high expectations, but Joshua is excited and ready to continue building his career in the league.

“It has been our plan for Joshua to end up in the PBA, and now is the perfect time. I look forward to see Joshua continue to grow as a player and be able to provide for his family.”