EURO-MED bared that it plans to leave the PCBL at the end of the ongoing Chairman’s Cup in the wake of Commissioner Joel Banal's decision to suspend Ola Adeogun for Game Two of its semifinal series against Mighty Sports.

Team manager Jun Tongco said on Tuesday said Euro-Med will finish its campaign in the conference before parting ways with the fledging commercial league where the squad was one of the founding members.

Euro-Med made the announcement after Banal suspended on Tuesday the team’s import Adeogun for incurring a second offense for disrespecting an official this conference. The former San Beda Red Lion will therefore miss the all-important Game Two where Euro-Med will be fighting for survival.

Tiongco, however, made it clear that Euro-Med respects the decision of the commissioner to suspend Adeogun for Game Two.

“We will follow whatever decision the commissioner will have. But after that, we will no longer play in the league,” said Tiongco.

The PCBL is still investigating the incident that erupted shortly after Game One where Adeogun hit Mighty Sports’ Kevin Ferrer in the nose. Adeogun claimed Ferrer hurled expletives at him during the traditional handshakes.

[See Adeogun admits hitting Ferrer, but insists he was provoked]

Mighty Sports coach Mike Fermin, who was in front of Adeogun and Ferrer when the incident happened, claimed he didn’t hear a word from Ferrer. Fermin also said Ferrer denied saying something to Adeogun.

Tiongco bared they have yet to receive communication from Banal, who is intent on collecting the facts before making the decision.

“We are waiting for the commissioner to talk to Ola. Our lines of communication are open,” said Tiongco.

Tiongco reiterated Adeogun was only out to protect himself following a similar incident in the elimination round where he was allegedly punched by Sta. Lucia’s Japs Bautista in the groin during the post-game greetings.

“After that experience, Ola has to protect himself at all times,” said Tiongco. 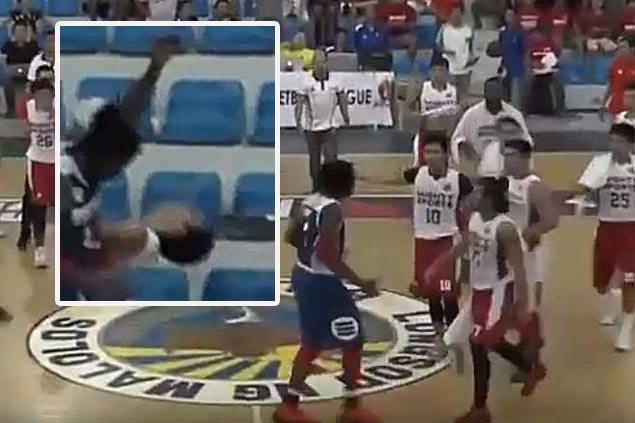