TECHNOLOGICAL Institute of the Philippines continued to run roughshod in the 2019 PBA D-League Foundation Cup, this time pulverizing Hyperwash by 21 points, 92-71, Monday at Ynares Sports Arena in Pasig.

Senegalese big man Papa Ndiaye was unstoppable down low with his 28 points and 17 rebounds, to go with a steal and a block as the Engineers took an early lead in the Group A standings at 2-0.

Bryan Santos added 19 points, eight boards, and three assists, together with a steal and a block, while Christian Daguro got 12 points and two boards in the win.

"We've been continuing what we've been doing since summer until eventually we get better," said an emotional coach Potit de Vera, who dedicated the victory to his late father.

"Yung process of getting better, sana lang makita ng dad ko. I just wish he saw these two games. Kita mo naman against veterans, I really was surprised na ganoon ang outcome ng game. But one thing we had going is we're a team since the summer, so the chemistry and the spirit for the team is there. We're willing to play for each other." 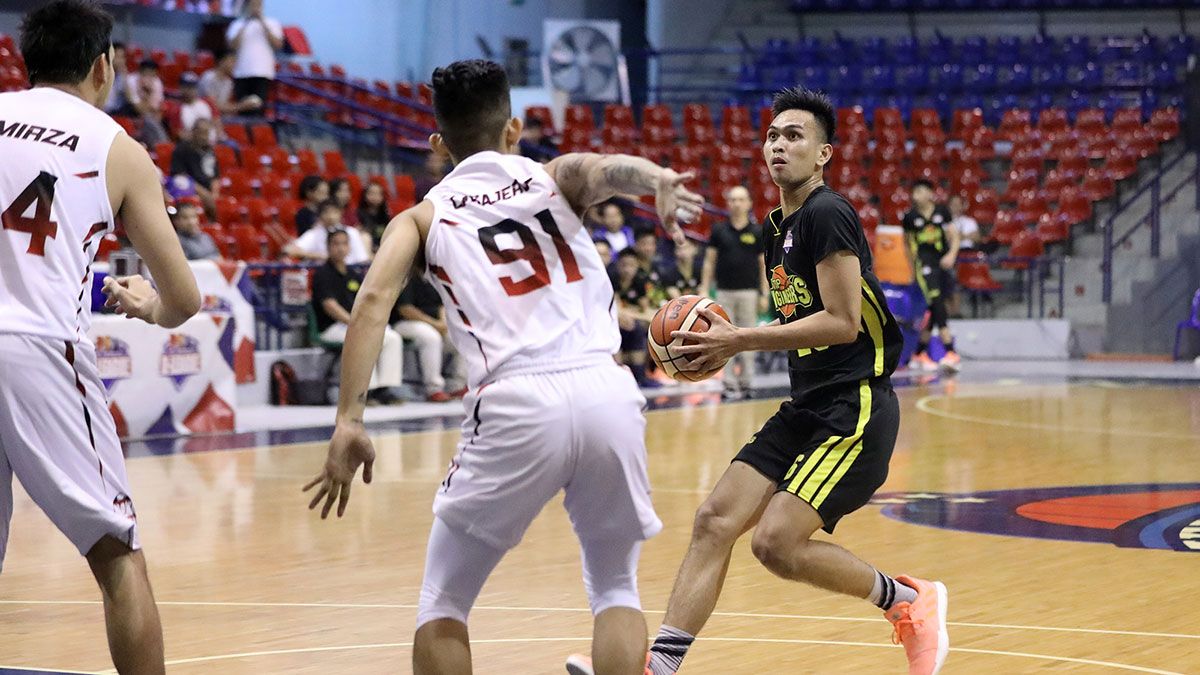 Bryan Santos flirts with a double-double for the Engineers.

Everything went the way of the Engineers as they won the rebounding battle, 63 to 42, as well as controling the paint scoring 48 to the Vipers' 22.

Khasim Mirza topscored for Hyperwash with 22 points, six assists, and four rebounds, while Jeric Fortuna got 16 points and three rebounds in the losing effort.