APEX Fuel-San Sebastian did just enough to ward off Builders Warehouse-UST, 88-83, to nail its first win in the 2022 PBA D-League Aspirants' Cup on Thursday at Smart Araneta Coliseum.

Rhinwil Yambing had 19 points on 3-of-8 shooting from deep, to go with four rebounds, three assists, and three steals for the Golden Stags.

James Una had 16 points, 10 boards, and two assists, Ichie Altamirano got 16 points built on four triples, and Ken Villapando got 10 points and six rebounds in the win.

But as uplifting as this first game was, there was still a lot that Apex Fuel-San Sebastian would like to correct especially after losing grip of a 13-point lead, 79-66, with 3:21 left.

Builders Warehouse-UST staged a late rally and got to within five in the last 20.5 seconds, but Miguel Pangilinan made a costly error on his pass to Christian Manaytay that allowed the Golden Stags to pull off the escape. 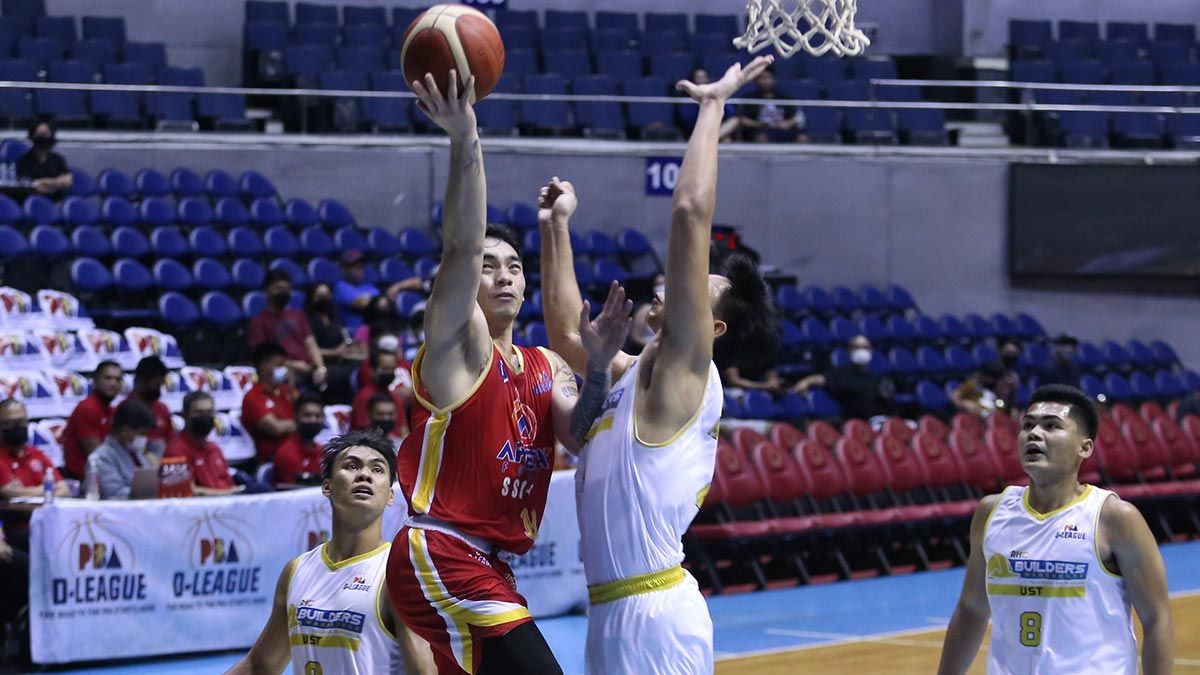 Camillus Altamirano and the Stags bounce back from a loss to Marinero.

Nic Cabanero and Sherwin Concepcion combined for 25 as UST dropped to 0-2.