APEX Fuel-San Sebastian made EcoOil-La Salle pay for its errors, scoring a 73-51 victory on Thursday in the 2022 PBA D-League Aspirants' Cup at Smart Araneta Coliseum.

Ichie Altamirano anchored the Golden Stags' defense, securing seven of the team's 16 steals. He had 15 points, six assists, and five rebounds as the Stags scored their third straight win.

Romel Calahat added 13 points and seven boards off the bench, while Rafael Are and Raymart Escobido had nine apiece as Apex Fuel-San Sebastian rose to a 3-1 record.

Even coach Egay Macaraya admitted that he was surprised with how this game turned out, but noted, "I have to give credit to the boys kasi alam ko kung gaano kahirap yung ginagawa na depensa. Our defense was executed in today's game." 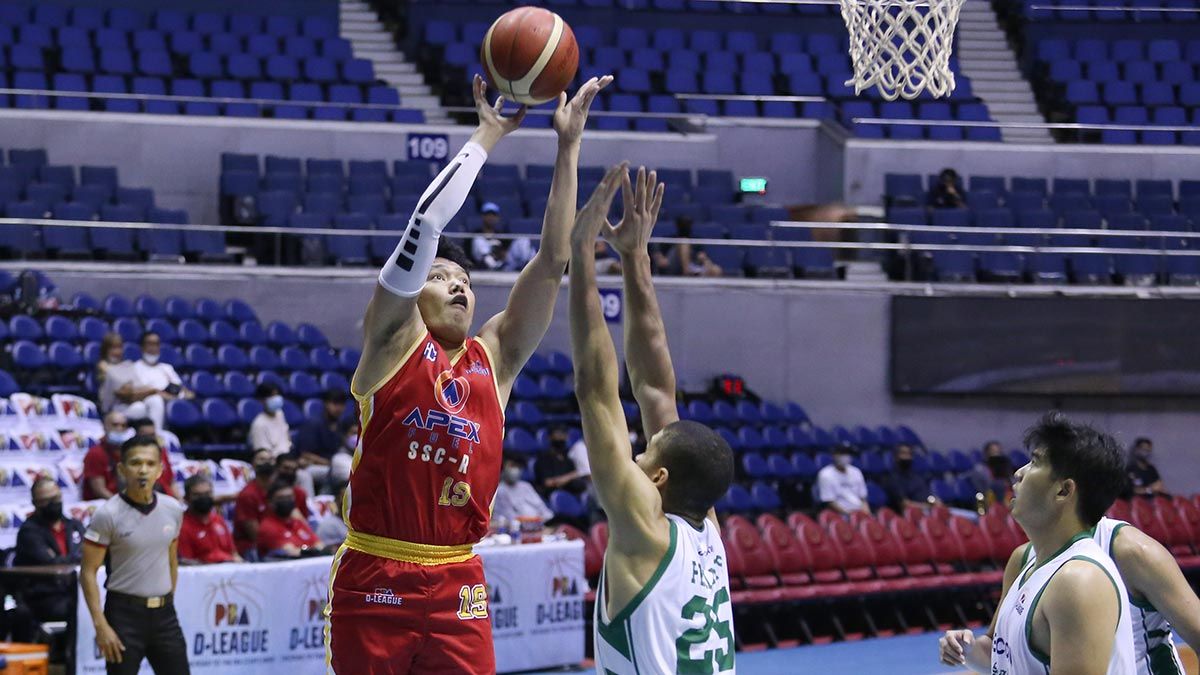 Romel Calahat and the Stags stun the Archers.

Not helping the Green Archers were their 30 turnovers, which led to the Recto side scoring 20.

Michael Phillips led EcoOil-La Salle with 11 points and eight rebounds, as JC Macalalag also got 11 in the defeat to fall to an even 2-2 record.