MARINERONG Pilipino's experience prevailed late as it averted a 19-point meltdown to draw first blood in the 2019 PBA D-League Foundation Cup Finals with a big 69-59 escape over BRT Sumisip Basilan-St. Clare on Thursday at Ynares Sports Arena in Pasig.

Eloy Poligrates made two huge stops on Mohammad Pare in the final two minutes as the Skippers doused the Saints' rally after losing grip of a 43-24 halftime lead and seeing it dwindle down to as low as seven.

Rev Diputado topscored for Marinerong Pilipino's balanced attack with 12 points and four rebounds as it moved a win away from its maiden PBA D-League title in this best-of-three championship series.

Poligrates added nine points, seven assists, four steals, and two boards, while Will McAloney got himself nine points and four boards in the win. 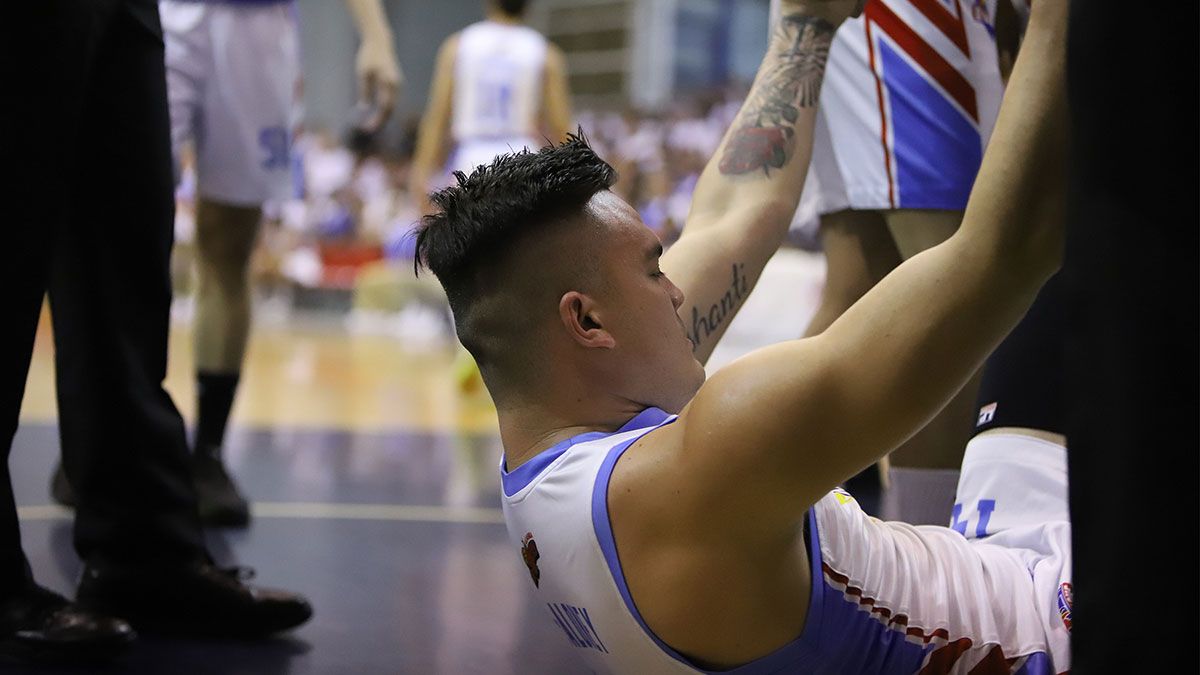 It was a sizzling start for the Skippers as they jumped to a 19-5 start before extending the lead to 19 by halftime.

But Pare led the Saints back in the game, slicing the lead down to just seven, 64-57, thanks to a three-point play in the last 1:52, until their comeback faltered late.

Marinerong Pilipino can sweep the series on Wednesday with Game Two slated at Cuneta Astrodome.

More importantly, the Skippers could complete a perfect immaculate season -- a feat that hasn't been done since NLEX went unscathed in the 2012 and 2014 Foundation Cups.

Yet Garcia doesn't believe that his side will get the crown that easily.

Pare scored all of his 14 points in the second half, while also grabbing 12 rebounds and two blocks for BRT Sumisip-St. Clare.

Jhaps Bautista topscored for the Saints with 17 points, three boards, and two assists in the defeat.