The shifty guard righted the ship for the Extreme Racers as he finished with 12 points, 12 rebounds, and eight assists as they fended off a resilient Titans crew in the second half.

Nigerian slotman Emman Ojuola also powered his way to 14 points, seven coming in the payoff period, on top of six rebounds after dealing with foul trouble in the first two periods. 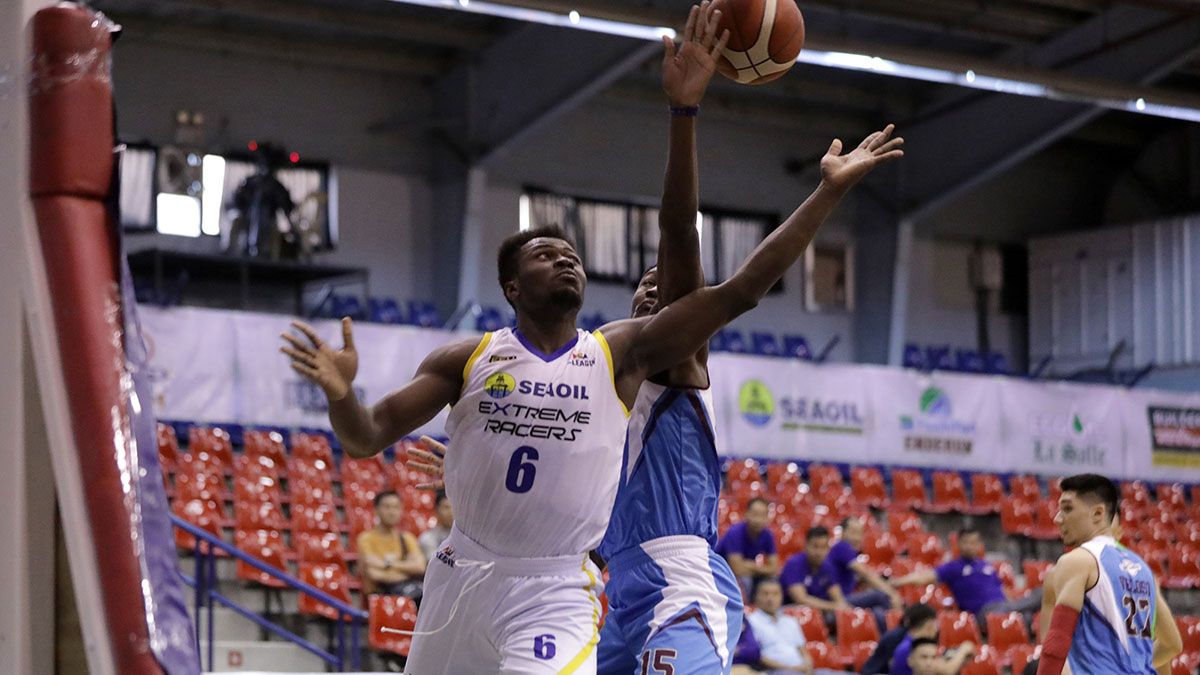 Emman Ojuola goes for a rebound against his Enderun counterpart.

The Extreme Racers put on the clamps on the Titans in the second half, forcing the opposition to shoot only 9-of-30 in the final two frames after allowing them to go 17-of-35 in the first half.

"We gave up 54 points in the first half. We need to improve on a lot of things especially defensively," said Racela.

RJ Abarrientos also impressed in his seniors debut with 14 points on a 4-of-6 shooting from deep, to go with five assists and three rebounds, as team captain Ken Tuffin also scored 14 in the win for Seaoil-FEU.