WANGS Basketball @26-Letran got its act together late to repulse AMA Online, 89-84, for its second in the 2022 PBA D-League Aspirants' Cup on Tuesday at Ynares Sports Arena in Pasig.

King Caralipio led the Knights with 21 points, 10 rebounds, and two assists as they rallied from a 10-point fourth quarter deficit, 76-66, and escape the upset axe from the Kings.

Paolo Javillonar added 17 points and nine boards, as Brent Paraiso had 12 points, five rebounds, and four assists as Wangs-Letran rose to a 2-0 card despite committing 19 turnovers in the game.

"Kinausap lang namin yung players to respect our opponents," said assistant coach Rensy Bajar as he and Raymund Tiongco took over in the absence of head coach Bonnie Tan. 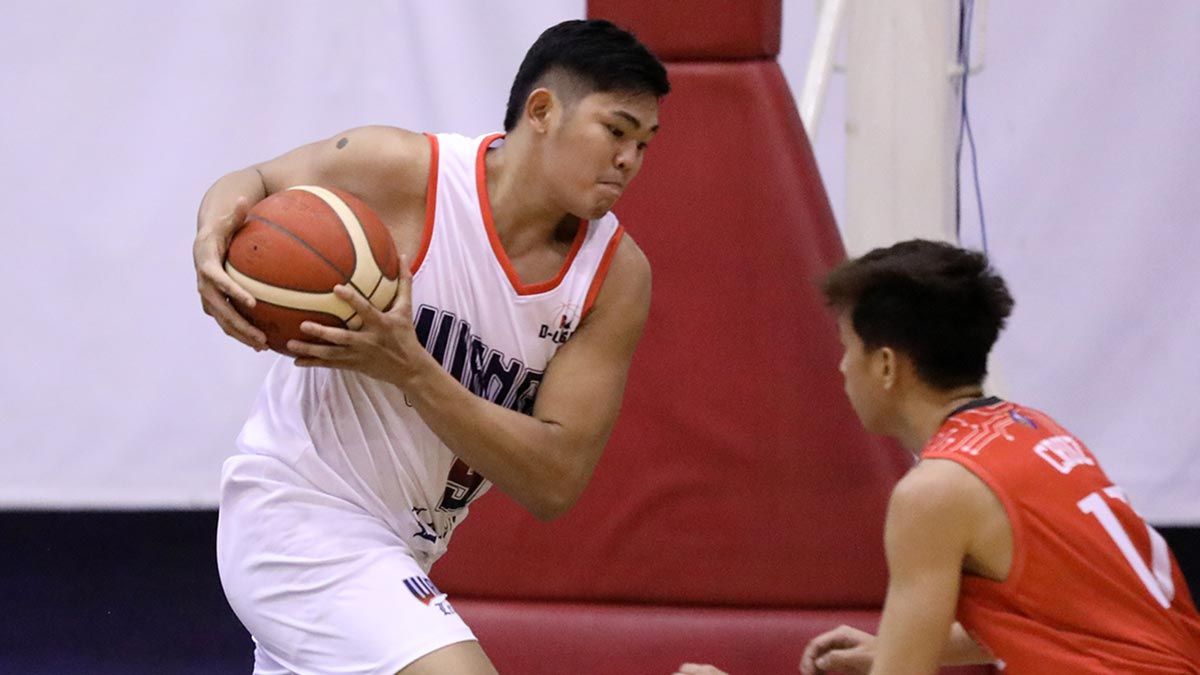 Paolo Javillonar has a near double-double.

Rallying back from that 10-point hole, the Knights just buckled down on defense and forced a crucial five-second inbound violation on the Kings in the final minute before Tommy Olivario's charities put the game on lock.

Earl Ceniza led AMA with 19 points as the Kings gave the Knights a scare with a 12-of-41 clip from downtown.

Mon Francis Palana added 15 markers for AMA, which sunk to a 0-2 card.