JUAN Gomez de Liano was just a man among boys as he propelled Marinerong Pilipino to an 84-64 victory over EcoOil-La Salle on Tuesday in the 2022 PBA D-League Aspirants' Cup at Ynares Sports Arena in Pasig.

De Liano uncorked a triple-double performance with 27 points on 4-of-10 shooting from deep, to go with 12 assists and 11 rebounds to lead the Skippers to their second win in an early clash between favorites.

Gomez de Liano anchored Marinerong Pilipino's 17-4 assault to open the fourth quarter that broke the floodgates and gave it a 25-point lead, 80-55, with 4:21 left to play.

Jollo Go had 17 points on 3-of-6 clip from rainbow country, to go with four boards and three dimes, and Adrian Nocum had 11 points and three rebounds.

Kemark Carino also had his share of the limelight with 10 points and nine rebounds before being rested for the remainder of the game due to a right knee injury after Joaqui Manuel crashed into his leg late in the first half. 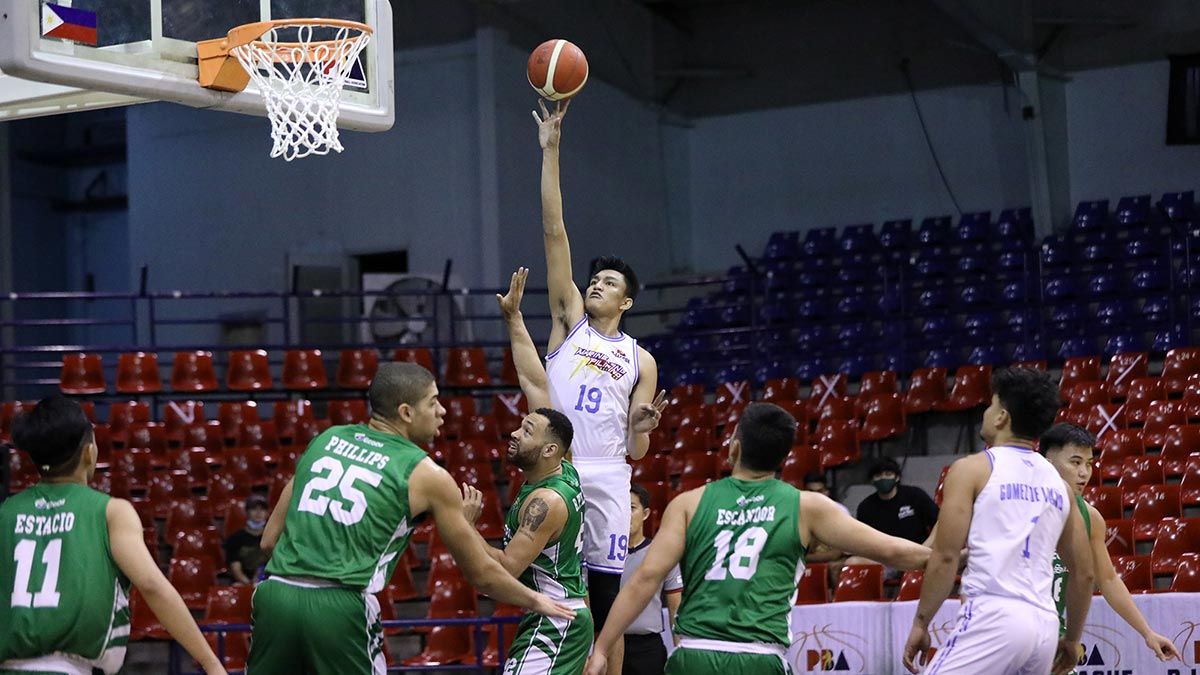 Kemark Carino posts a near double-double before getting hurt.

Penny Estacio poured in 13 points on 3-of-6 shooting from downtown, on top of five rebounds as the Green Archers slipped to 1-1.

Manuel got 12 points, four boards, and two dimes, as Michael Phillips found himself stifled with just 10 points on 4-of-12 clip from the field, to go with 12 rebounds.