MARINERONG Pilipino gutted out a 72-67 victory over EcoOil-La Salle to draw first blood in the 2022 PBA D-League Aspirants' Cup Finals on Sunday at Smart Araneta Coliseum.

Juan Gomez de Liano took over in the final three minutes of the game, scoring six of his nine points, to go with his 14 rebounds, seven assists, and four steals as the Skippers took Game One of the best-of-three series.

"Honestly, I just wanted to win, wanted to be a good example and role model to my teammates," said De Liano, frontrunner for the Conference MVP award.

Jollo Go extended the Skippers lead back to three with a pair of freebies in the last 6.7, but Nelle could not tie the game as he missed his left corner three that led to Arvin Gamboa icing the game at the free throw line.

The Skippers can close the best-of-three championship series out on Wednesday. 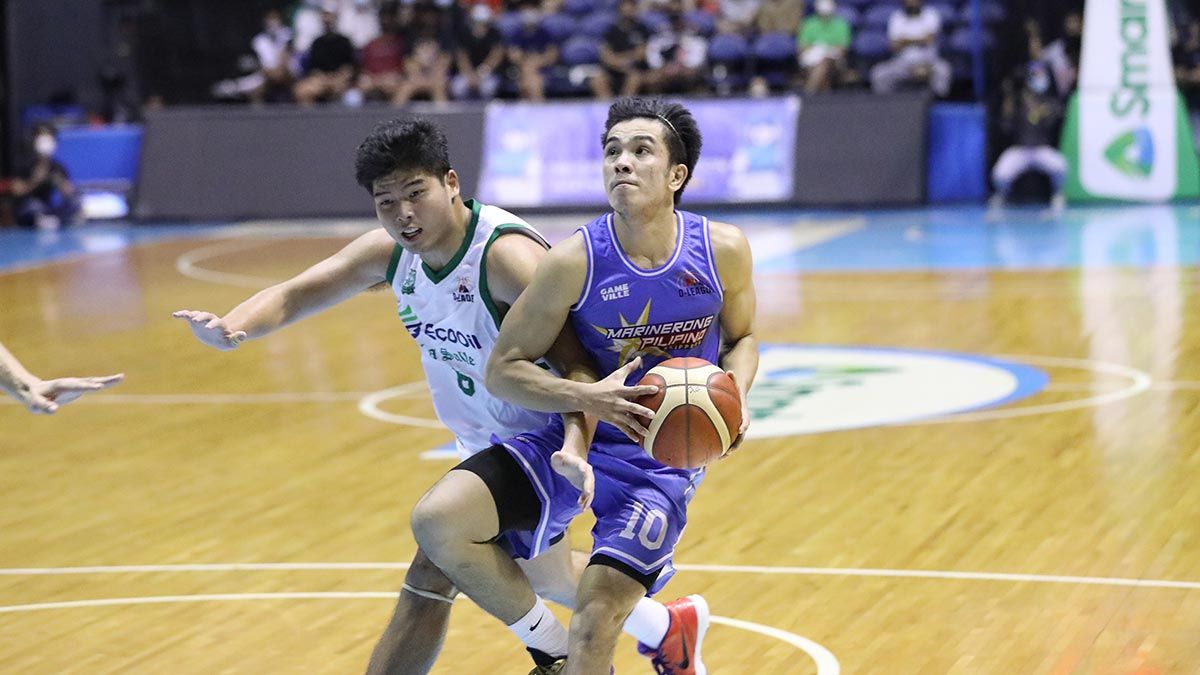 Schonny Winston led La Salle with 21 points, but was held to just a pair in the final period.

Kevin Quiambao struggled in the game and shot a measly 3-of-14 clip from the field, on top of his six boards and three assists as he was the missing link for the Green Archers.