It's a big achievement, especially after a stint with the controversial Mila's Lechon squad in the developmental ranks last season.

Gabo did not elaborate on his abrupt exit from the Mighty Roasters, but said the experience did help.

"Sabi nga nila, always do good and God will do the rest," he said. 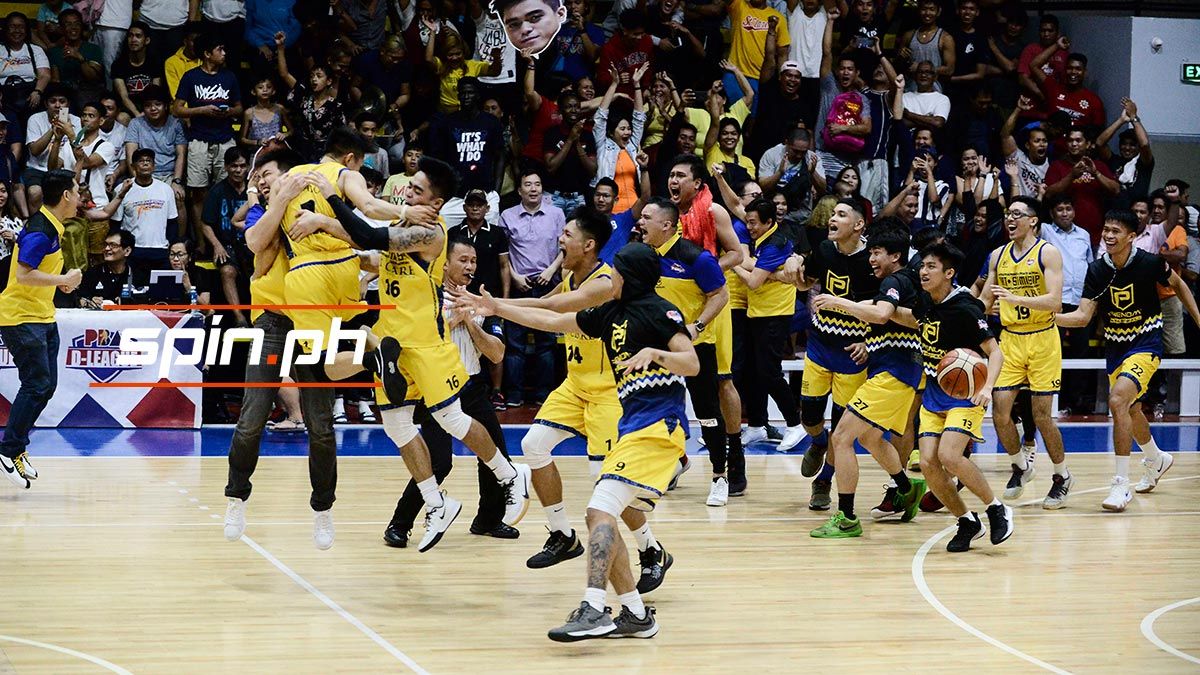 It didn't take long before that Mighty Roasters side found themselves embroiled in game-fixing allegations that forced the management to pull out four games into the 2018 Aspirants' Cup.

Gabo, luckily, was out of the team then, but was struggling to find his footing outside of Mapua.

He was coming off of a collegiate run with the Cardinals where they never made it to the Final Four, and was part of the bench-clearing brawl involving Mapua and Emilio Aguinaldo College.

And after all the heartaches, Gabo's time came on Monday, with the 5-foot-9 guard posting 12 points, seven assists, and five rebounds for the Saints in their 63-60 Game Three victory over the Skippers to win the crown.