Thanks to resurgent game, Jerwin Gaco getting offers from other D-League teams

EVEN though he is now in the PBA D-League, Jerwin Gaco is getting a lot of support from former teammates as he tries to revive his career.

One of them is Star forward Marc Pingris, who even watched Gaco's game with Tanduay on Tuesday.

From the looks of things, Gaco will be seeing a lot more games in the D-League as there are currently no offers on the table from any PBA team for the former Star Hotshot.

He is not complaining, though, as the Tanduay veteran said he plans to spend time in the developmental league where he has revived his game - thanks to the exposure.

In fact, Gaco said he he has been receiving offers from other D-League teams. 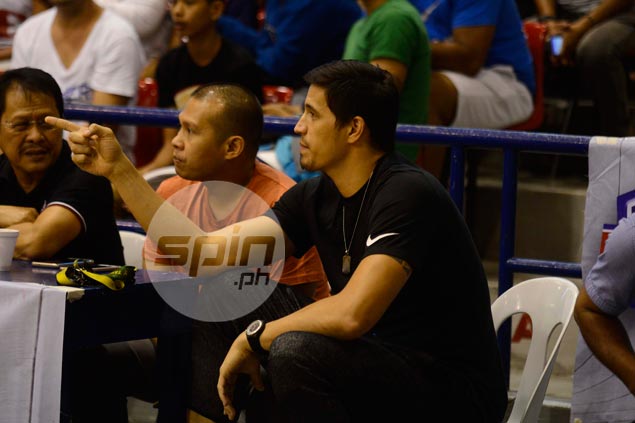 In seven games with the Rhum Masters, the 36-year-old Gaco averaged 14.14 points and 7.43 rebounds while, more importantly, providing the veteran presence for a Tanduay side that fell just a win short of a place in the Aspirants Cup finals.

Chongson said Gaco has a contract with the team than runs until August but made it clear they won't stand in the player's way if he receives any offers from PBA teams.

Chongson, however, said Tanduay intends to keep its core for the Foundation Cup.