ITALIANO'S Homme frustrated McDavid-La Salle Araneta in a high-scoring 123-107 decision to succeed in its debut in the 2019 PBA D-League Foundation Cup Monday at Ynares Sports Arena in Pasig.

Marlon Gozum had a game-high 34 points on 16-of-21 shooting, alongside seven rebounds to lead the newcomers despite playing with just eight players.

Paolo Pontejos produced 29 points, five assists, and four rebounds, Marlon Monte had 19 points and 11 rebounds, Francis Munsayac had 17, and Jan Colina made 14 markers and 13 boards as the starters did the heavy lifting for Italiano's Homme. 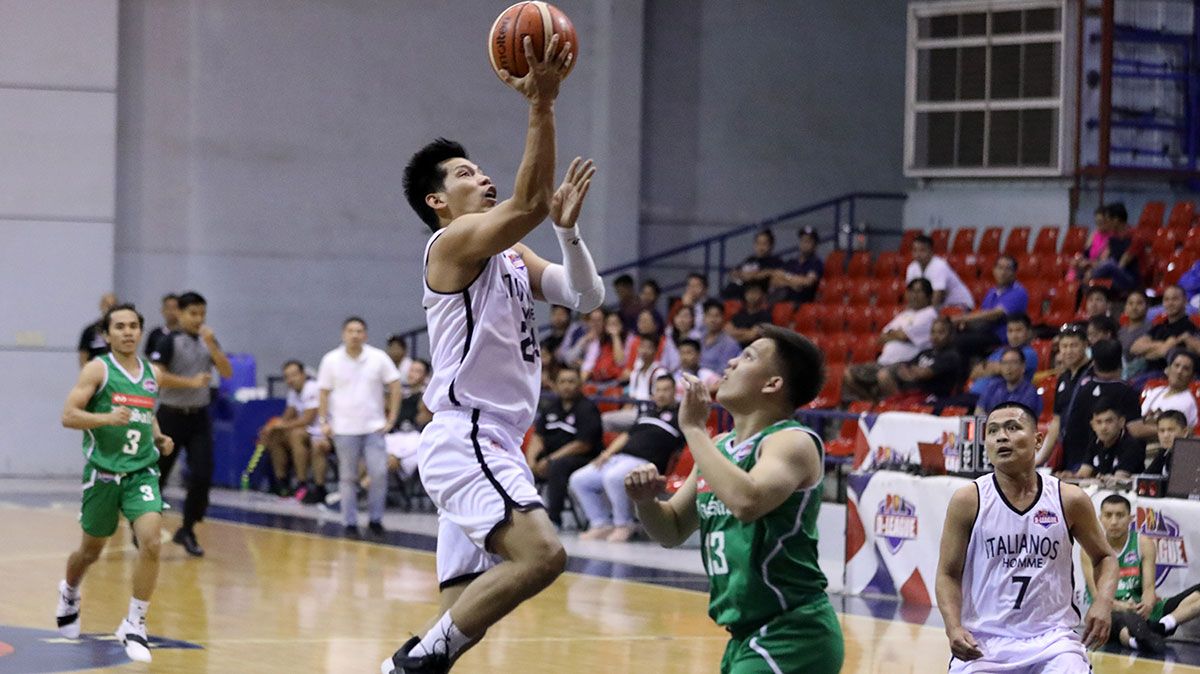 Marlon Monte goes for a layup over Rob Aquino.

McDavid-La Salle Araneta would claw back and regain the lead, 101-100, with 7:20 left to play, but that would be their last stand as Italiano's Homme responded with a 23-6 blitz to finish the game.

Nigerian center Henry Iloka had 35 points and 18 rebounds to lead the Stallions, who have now dropped to 0-2.

Jonas Briones had 15 points and five assists, as Lois Batungbakal chimed in 11 markers.