HYPERWASH was the latest squad to flush Alberei down the drain with a 31-point mauling, 93-62, Monday in the 2019 PBA D-League Foundation Cup at Ynares Sports Arena in Pasig.

Mac Montilla spearheaded the early onslaught, pouring 15 of his 17 points in the first half as the Vipers built on a 26-11 advantage as they never looked behind from that point on.

Lord Casajeros was efficient with his 11-of-17 clip to topscore for Hyperwash with 25 points, 10 rebounds, three assists, and two steals. 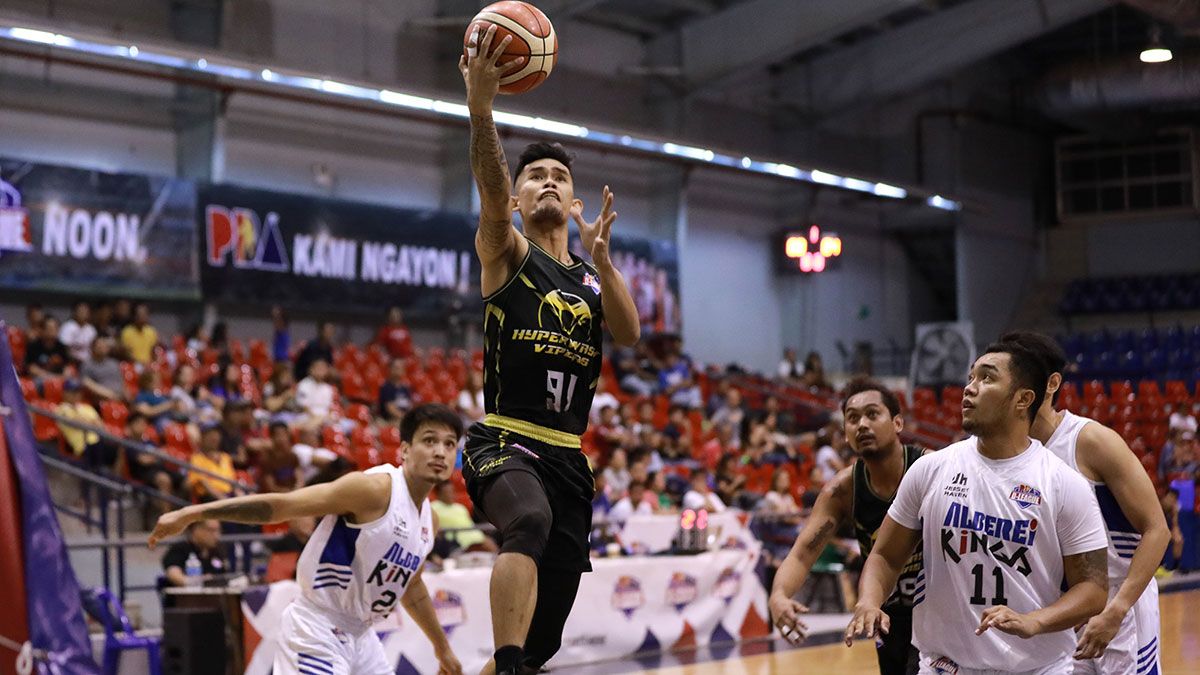 Khasim Mirza also collected 23 points and 10 boards, as Abubakar Dadjilul added a double-double with his 11 points and 10 rebounds for the Vipers' breakthrough win in Group B of the tourney.

"Maganda kasi morale boosting para sa akin. Malaking bagay ito. Ngayon, nakabangon kami," said coach Joel Palapal, whose side were able to pick themselves up after losing the first two games by an average of 39 points.

It was the kind of game Hyperwash has been hoping for, winning the battle of the boards, 55 to 37, while also shooting 49-percent from the field.

The Kings stayed at the bottom of the standings at 0-3 at the conclusion of this forgettable battle between league cellar-dwellers.