His citizenship papers in order, Malonzo focuses on getting better in D-League

WITH his citizenship papers already fixed, Jamie Malonzo is just relieved to be focusing on what matters: his game.

The Fil-Am high-flyer finally made his debut in the 2020 PBA D-League Aspirants' Cup on Monday in Marinerong Pilipino's 83-69 victory over ADG Dong-Mapua.

"It feels good," he sighed. "Not being able to play the first game, I wanted to come out. And all I'm thinking is getting back and playing. So far, so good. I love the team and I love the way we play. It's fun."

Malonzo tallied 23 points, 11 rebounds, six steals, and four assists as he lived up to his lofty billing after being taken second overall by the Skippers in the D-League draft. 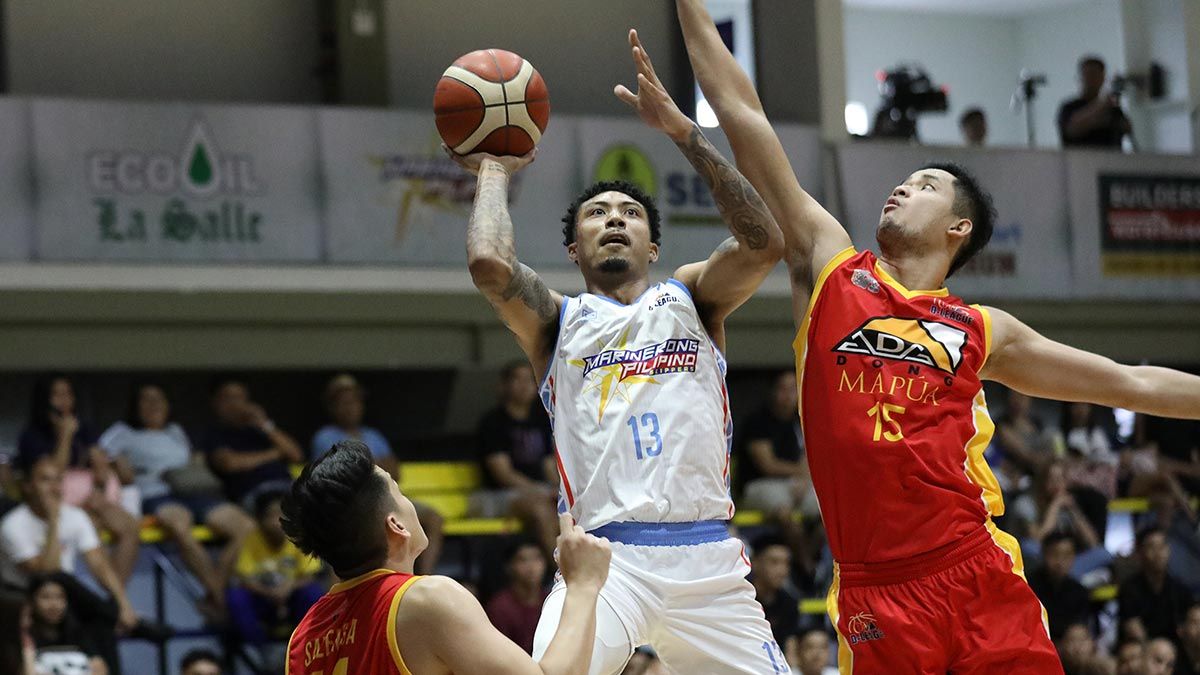 Yet there were still kinks in his game that he wants to fine-tune, especially his shot selection as he went 8-of-23 from the field and 2-of-8 from deep.

No worries, though, as Malonzo said that every attempt he's taking is still within the confines of coach Yong Garcia's system.

"A lot of the shots were just me being aggressive. But nevertheless, it's those shots that the team wants me to take," the 6-foot-6 forward said.

What he's preparing more is the heightened level of physicality - one he acknowledges he has to get used to as he prepares to make the jump to the PBA.

"It's real physical, but I got the first game out of the way," he said. "It's just that, first game shenanigans. But playing in the D-League is fun and I just try to work on my game."

Shaking off those first game jitters, Malonzo expects himself to play better in the coming games, especially with his old college team EcoOil-La Salle up next for Marinerong Pilipino next Monday.

"I can't wait," he said. "I'm beyond excited. I can't wait to get buckets on them. Hopefully, we get the win and I'll be competing my ass off."