ELOY Poligrates put on a show late as Marinerong Pilipino showed its pedigree with a 118-71 domination of Hazchem Monday in the 2019 PBA D-League Foundation Cup at Ynares Sports Arena in Pasig.

The bull-strong Cebuano guard fired nine of his 19 points in the fourth quarter to the delight of the Skippers faithful, on top of his six assists, four rebounds, and four steals to guide his side to their first win of the tourney.

JR Alabanza was actually the one to start the rout, unfurling 15 of his 17 points in the first half on top of six rebounds, two assists, and two blocks as he led the Skippers' 26-15 start in what was a precursor to the 47-point rout.

Dan Sara also did his damage with 12 points and four rebounds, Jordan Rios got 11 points and six boards, and William McAloney registered a double-double with his 10 points, 13 rebounds, and two rejections. 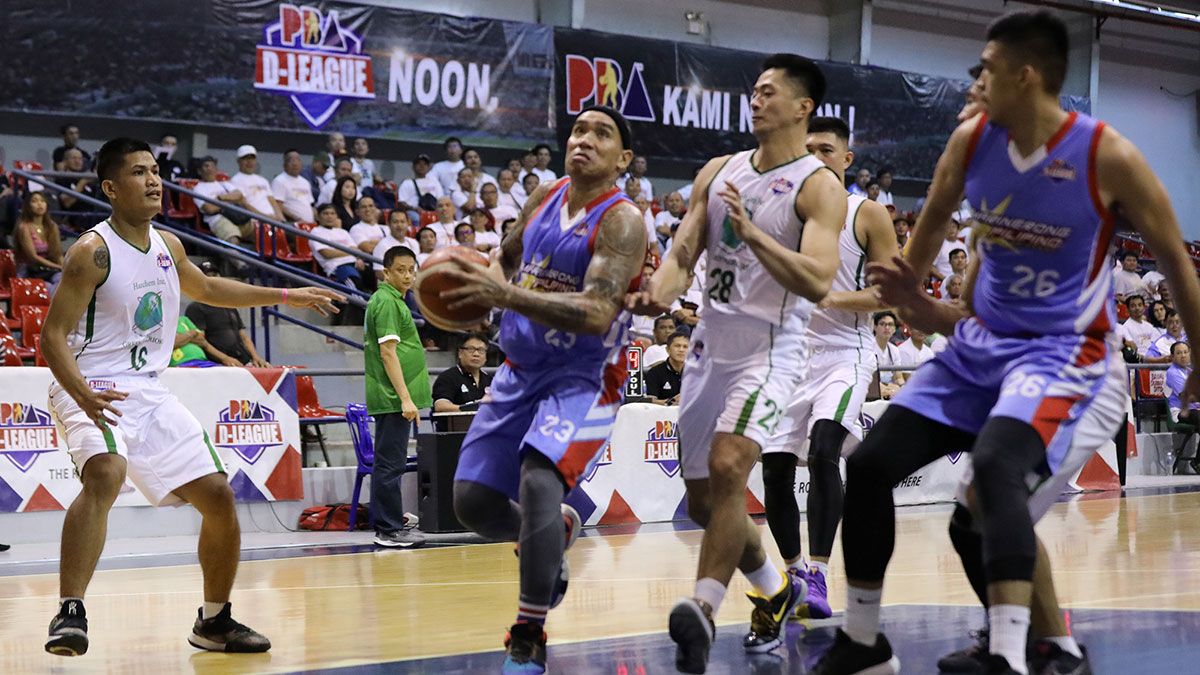 Ex-pro Mark Yee and former NU guard Rev Diputado also put up 10 as all 12 Marinerong Pilipino players scored in the outing, 53 of which coming from the bench which is definitely a positive sign for the squad after missing out the semifinals in the Aspirants' Cup.

The Skippers easily dismantled the Green Warriors thanks to their 53-percent field goal shooting as they tasted a lead as high as 52, 114-62 in the endgame.

Raymark Matias was the lone bright spot for Hazchem with his 17 points and three rebounds.