BEFORE Wang Zhizhi, Mengke Bateer, and Yao Ming burst into the scene, one of the first Chinese players who nearly made it to the NBA was Ma Jian.

A product of University of Utah, Ma was part of the Los Angeles Clippers preseason team in 1995 but was cut by the squad just before the season began.

Followers of Philippine basketball in the 1990s will also remember Ma for his brief but memorable stint in the country as import for Hapee Toothpaste in the now-defunct Philippine Basketball League.

Led by Ma, the Cavity Fighters defeated Stag to capture the PBL Reinforced Conference in 1996, the first title for the Lamoiyan Franchise. 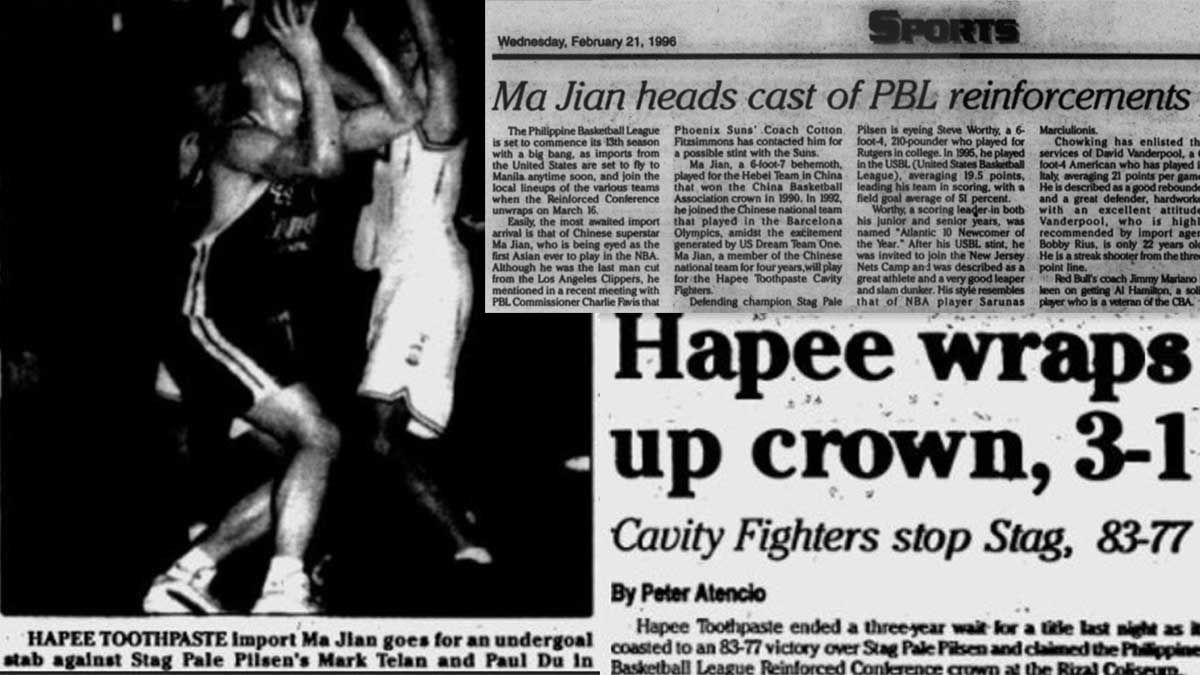 Iby Bautista, the sports doctor of the ballclub during that time, recalled Ma, now 52 years old, was a disciplined player who was all business on and off the court. Bautista said Ma was a health buff and made sure to take extra shots after practice.

Ma was recruited by Hapee to play in the PBL through a foundation where Lamoiyan owner Cecilio Pedro was a part of. Ma also had a brother in the Philippines at that time in Ma Ming, who nearly made it to the Ateneo varsity team in the UAAP.

Ma was joined in the Hapee squad by the likes of Biboy Simon, Erwin Framo, Joel Dualan, Jing Ruiz, and now-San Miguel head coach Leo Austria. The ballclub was coached by Junel Baculi.

Ma will definitely go down as one of the best Asian imports to play in the country as far as credentials and performance were concerned. The 1992 Olympics veteran had 22 points and eight rebounds in Hapee’s victory over Stag, 83-77, in Game 4 held on May 8 at the Rizal Memorial Coliseum.

He also scored 41 points in that best-of-five series in the only time Hapee was defeated by a Stag team coached by Alfrancis Chua.

Bautista, a longtime PBL personality who also won titles with Welcoat and Harbour Centre, also remembered Ma as an excellent teammate who did not hesitate to be a facilitator as well.

But once he gets the ball on offense, Ma was lethal.