Jessie Collado led the Saints with 20 points on an efficient 8-of-11 shooting from the field, to go with six rebounds as they dealt the Skippers their first defeat in the second conference, snapping their nine-game winning streak.

Joshua Fontanilla also added 14 points, five assists, and three boards, while Malian center Mohammad Pare was a menace in the paint with his double-double of 12 points and 10 rebounds in the huge Game Two win. 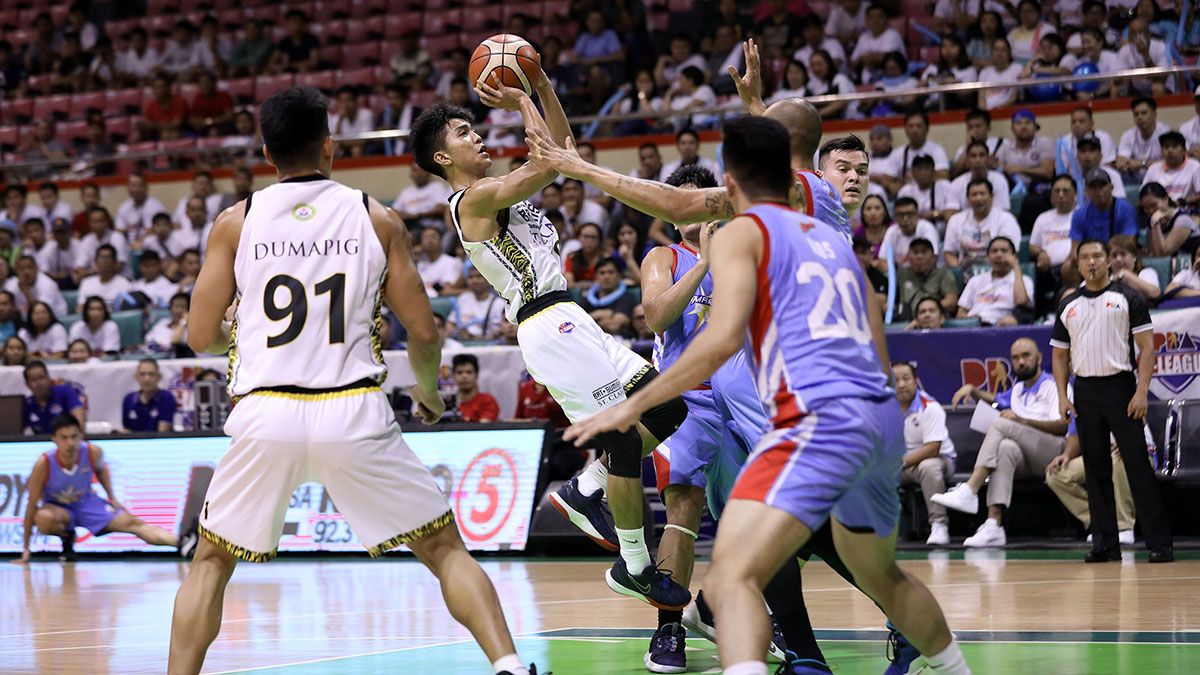 BRT Sumisip-St. Clare was quick to assert control of the game with a 15-5 opener that saw the lead swell to as high as 24, 46-22, behind an Alfred Batino bucket late in the second quarter.

It was cruise control for the Saints from that point on, with Jhaps Bautista also adding 11 points and four rebounds in the win.

Byron Villarias led Marinerong Pilipino with 11 points as it saw its gunners silenced, shooting only 30-percent from the field including a 4-of-19 shooting from deep.