Is rule requiring rookie aspirants to play in D-League meant to weed out players like Pacquiao? PBA responds

BEGINNING next year, all aspiring PBA players, not just Fil-foreigners, will have to go through the D-League before becoming eligible for the pro league's rookie draft.

PBA operations director Rickie Santos said the rule requiring homegrown players to play for two conferences for at least seven games each, was approved during the planning session of the league’ in Seoul, South Korea early this month.

Previously, it was only Fil-foreigners who were required to play in the D-League for at least two conferences to be eligible for the rookie draft - the reason players like Chris Banchero had to spend a season in the PBA's developmental league before turning pro this season.

The rule change, however, inevitably raised questions on whether the league board has taken steps to block 'undeserving' players from entering the league, in light of the controversy surrounding boxing champion Manny Pacquiao's entry as playing-coach for expansion side KIA Motors.

Pacquiao won his debut as KIA playing coach at the expense of Blackwater, 80-66, but that has hardly eased the backlash from basketball purists who feel the boxing hero has made a 'mockery' of the league.

Intrigued, we tossed the question to PBA officials: Is the new rule meant to weed out players like Pacquiao in the future?

Santos admitted that the rule will enable the PBA to weed out the so-called 'nuisance' applicants - meaning players with very little or no credentials putting their names in the pro league's rookie draft.

But he denied that the rule targeted players like Pacquiao, explaining that the Sarangani congressman would have been exempt from the rule even if it was put in place prior to this season's rookie draft.

The mandatory D-League rule, he said, grants two exemptions to players who are either over the age of 26 or have previosuly played for the national senior team.

"The board simply wants the league to screen players before they enter the rookie draft," Santos said. "The board members also feel that it will be a boost to the D-League if the best players see action there."

[See Did you know that Pacquiao once moonlighted as Asi Taulava's conditioning coach?] 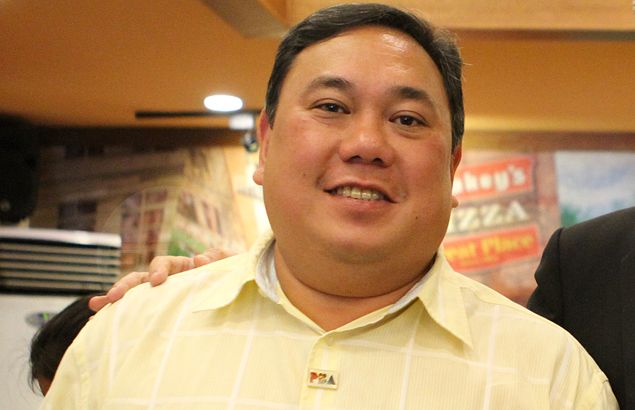