ON his way back to the bench during halftime of Game Three of the PBA D-League Aspirants' Cup finals, Robert Bolick heard a familiar voice from the crowd on Thursday.

It was his girlfriend Aby Marano.

"Yung larong championship! Mag-step up ka!" Marano, the volleyball star who was sitting on press row, was heard yelling to the D-League MVP as Bolick and Cignal San Beda retreated to the bench trailing Racal at the end of two quarters.

True enough, Bolick played like a champion after the break, scoring eight points in the third quarter after only coming up with four markers in the first two periods.

His outburst helped the Hawkeyes erase an eight-point deficit, with Jason Perkins’ triple giving Cignal its first taste of the lead, 59-58, during their third quarter turnaround.

Cignal went on to claim its maiden title in the league and seventh for veteran coach Boyet Fernandez.

Part of his success in his MVP season, Bolick added, can be attributed to the former La Salle volleyball star, who has been with him every step of the way. 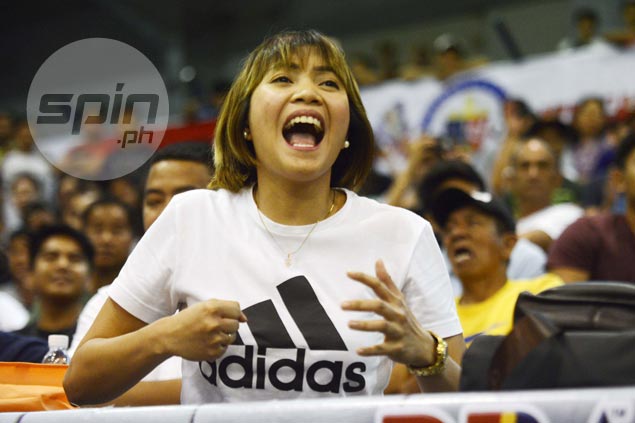 That was why no one was happier than Marano when confetti fell on the Hawkeyes at the Ynares Sports Arena in Pasig.

Incidentally, Bolick also won a UAAP title with La Salle, but Marano went on to clarify that she didn’t mean to downplay her boyfriend’s stint with their former school. She just takes pride in how Bolick has proven his worth with the Red Lions.