THERE is no doubt in the mind of La Salle coach Aldin Ayo that Jeron Teng will be in the top three once the former Green Archers star makes himself available in the PBA Rookie Draft.

Ayo said Teng is definitely PBA ready, as shown by his dominant performances in the PBA D-League which he must go through to become eligible for the pro league draft.

The La Salle coach added becoming the No. 1pick isn’t remote at all for his top player.

“I will not be surprised if he is going to be number one,” Ayo told SPIN.ph. “With the way he is playing right now, hindi ako masu-surprise kung number one siya.”

Teng should have the inside track on the No. 1 pick, with perhaps only Bobby Ray Parks and Kiefer Ravena crowding him for the honor should one or both decide to come out in the next draft.

Parks is currently playing for Alab Pilipinas in the ABL while Ravena is part of the developmental team of the Texas Legends in the NBA D-League.

Both have yet to express their intention to join the draft. 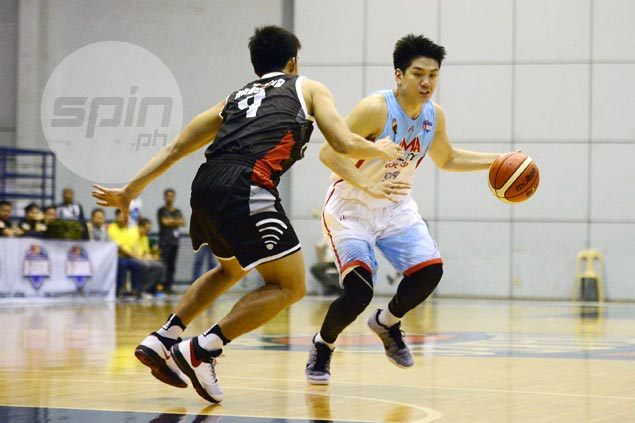 Ayo, who led La Salle to the UAAP Season 79 title via sweep of rival Ateneo in the finals, said Teng has improved tremendously in his final playing year for the Green Archers in the UAAP.

Ayo admitted that prior to Season 79 of the UAAP, Teng’s glaring weakness was his outside shooting - or the lack of it. But Teng has since polished that aspect of his game.

A player of Teng's strength and competitiveness can be unstoppable in the PBA once he becomes a complete player, Ayo said.