CEBU CITY — The Southwestern University-Phinma Cobras are making their way back to the finals for the first time in five years after they ousted the University of San Carlos (USC) Warriors, 65-56, in the semifinals of the 2019 Cebu Schools Athletic Foundation Inc. (Cesafi) men’s basketball tournament at the Cebu Coliseum on Tuesday.

Veteran guard Shaquille Imperial nailed a three-pointer that put down a late rally by USC and paved the way for the Cobras to get the win and the first finals slot. The last time the Cobras made the finals was back in 2014 when a team led by former pro Macmac Tallo defeated USC to claim its second title in four years.

SWU-Phinma now awaits the winner of the other semis showdown between the University of Cebu and the three-time defending champions University of the Visayas on Thursday. 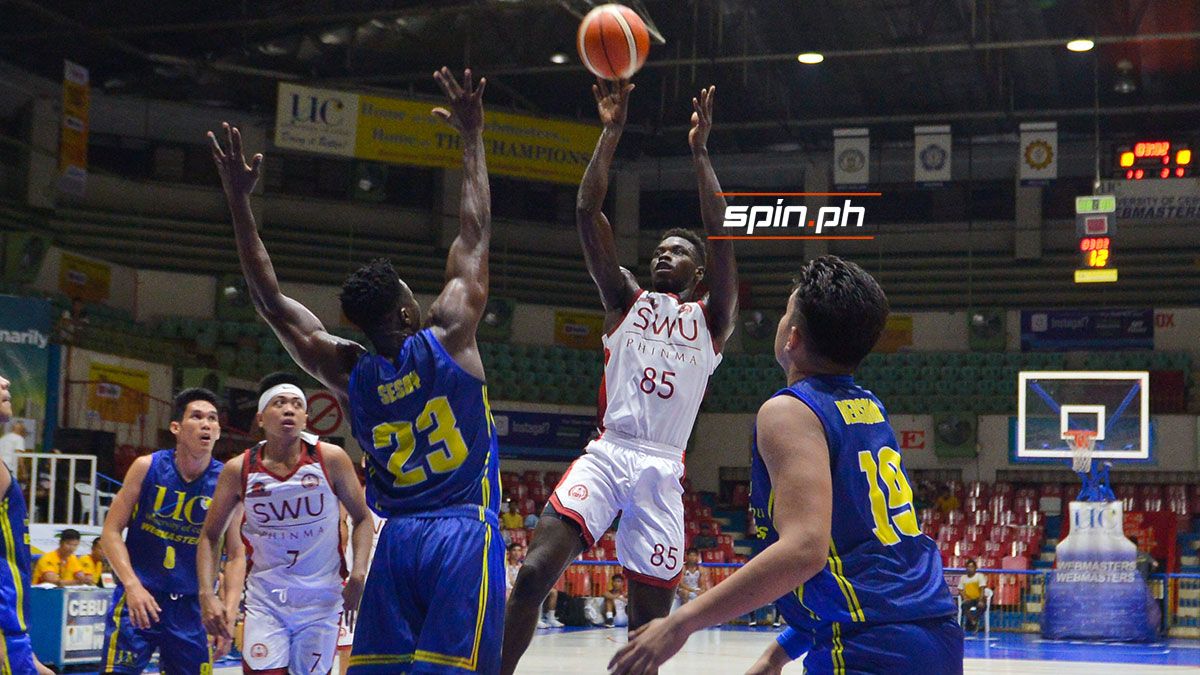 In juniors play, the University of Southern Philippines Foundation (USPF) Baby Panthers forced a do-or-die game for a spot in the finals after they took down the reigning champions University of Cebu (UC) Baby Webmasters in a double-overtime thriller, 82-75.

Kyle Ochavo, the smallest man on the floor at 5-foot-4, showed he had the biggest heart out there as he sparked USPF’s comeback from a 17-point deficit in the fourth period to give his Baby Panthers the victory and send their semis showdown to a winner-take-all game on Saturday.

The Cobras were ahead, 50-35, in the early part of the final canto but the Warriors pulled to within six, 53-59, after consecutive triples by Magic Marata and Froilan Mangubat.

But Thiam hit a free-throw and Imperial nailed the aforementioned trifecta from the left wing to seal the win for the Cobras.

Mangubat scored 18 points for USC, while Sommy Managor added 11 before missing the game’s final moments because of a facial contusion.