JUST last May, Mac Cardona was put in the spotlight for the all the wrong reasons as he found himself in the middle of a very public domestic violence issue then was accused of pawning a stolen vehicle.

Cardona, 37, said that he has gotten over the dark times in his life, which started soon after he lost a spot in his PBA team and hit a low when he attempted to take his own life back in August of 2016.

Putting all the issues behind him, Cardona is glad to be back doing what he does best as he leads a loaded San Juan Knights squad which is currently one of the most dominant teams in the Pacquiao-owned league.

He's still one of the league's most recognizeable faces, having made a name for himself when he led Talk 'N Text to the Philippine Cup title in 2009 where he was named as the Finals MVP. He was also named the Best Player of the Conference in the 2007 Fiesta Cup and a five-time All-Star.

As impressive as his resume is, Cardona said he no longer craves stardom in the fledgling league, preferring to take a backseat to younger teammates as he assumes the role of a veteran leader for the side of coach Randy Alcantara. 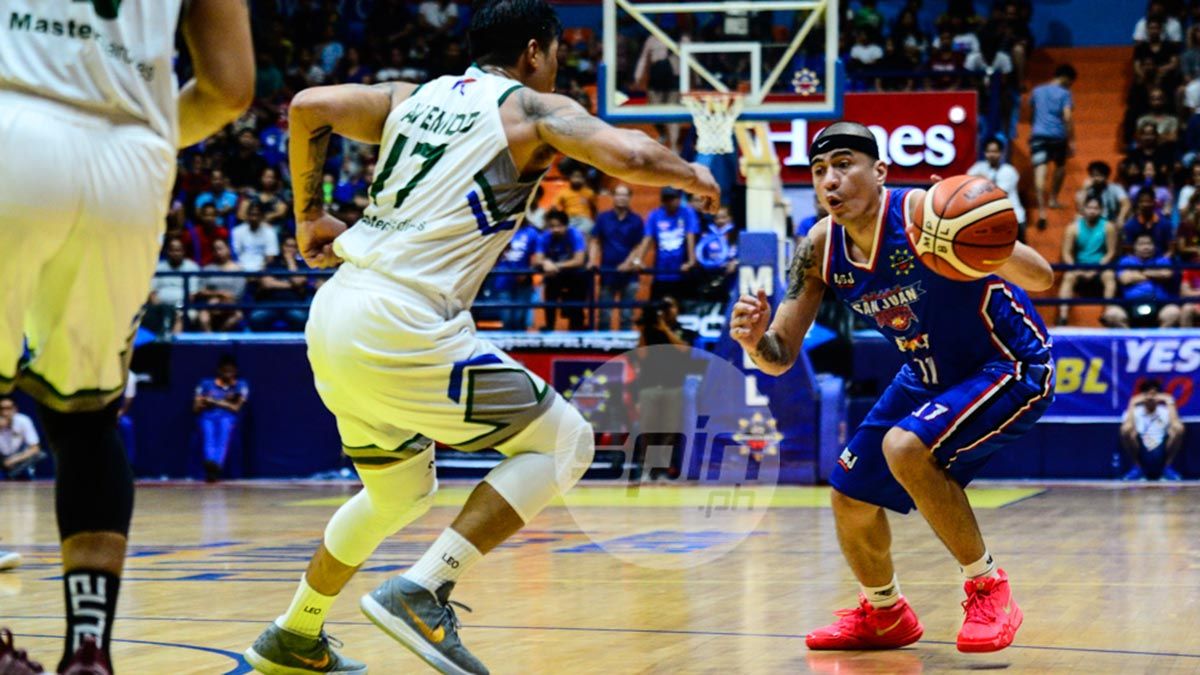 Believe it or not, the controversial Cardona, as team captain, has also embraced the role of adviser to his San Juan teammates.