CHICAGO — Chicago turned out on Tuesday (Wednesday, Manila time) for a parade celebrating the WNBA champion Sky, bringing a big smile to the city celebrating its first world championship since 2016.

Fans lined Michigan Avenue to cheer on the Sky after they beat the Phoenix Mercury 80-74 on Sunday at Wintrust Arena, becoming the first Chicago team to win a title since the Cubs five years ago.

“I think every time I see someone teary-eyed and you see the passion on their face, just for the love they have in the team. It’s been amazing,” head coach James Wade said.

Naperville native Candace Parker and said she remembered growing up watching the Chicago Bulls and “dreaming of being and bringing a title to your hometown.” 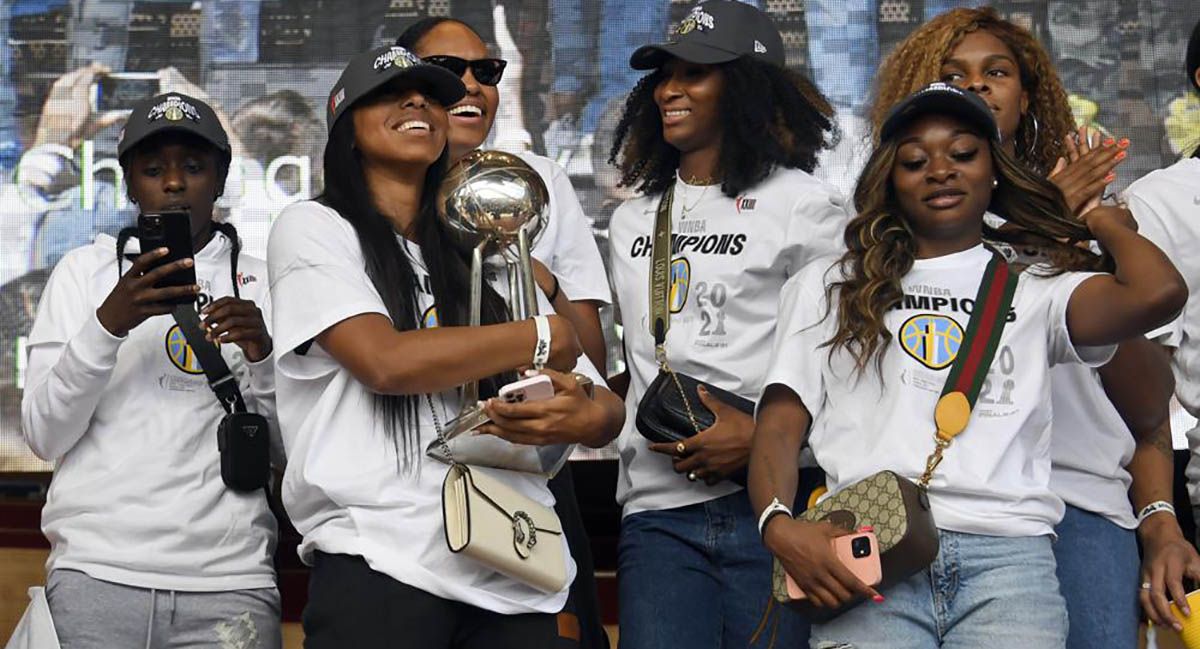 Point guard Courtney Vandersloot looked out at the fans and said, “I truly can’t believe this.”

Chance the Rapper rode on a double-decker bus with the team and publicly thanked the team for “making the city proud” and “making us winners again.”

(The Sky) played together as the best team in the league, they have a chemistry like no other,” Chance told WMAQ-TV.

The parade ended at Millennium Park for a noon rally.

Larry Jones, 68, brought a sign predicting the Sky will repeat as champions.

“I think it’s going to make the city a little happier,” he said.