CAN Kiefer Ravena continue to own Bobby Ray Parks' number in the pros?

That burning question will be answered this weekend as the streaking Shiga Lakestars visit the Nagoya Diamond Dolphins in the 2021-22 B.League season.

The duel will be the first between the two former UAAP MVPs who have taken their act to the Land of the Rising Sun for this campaign.

But as storied as their personal rivalry is, Ravena has so far got the better end of the face-offs against Parks since they turned professionals.

In the two times that the two have met in the PBA, Ravena's NLEX Road Warriors always found a way to take the W. 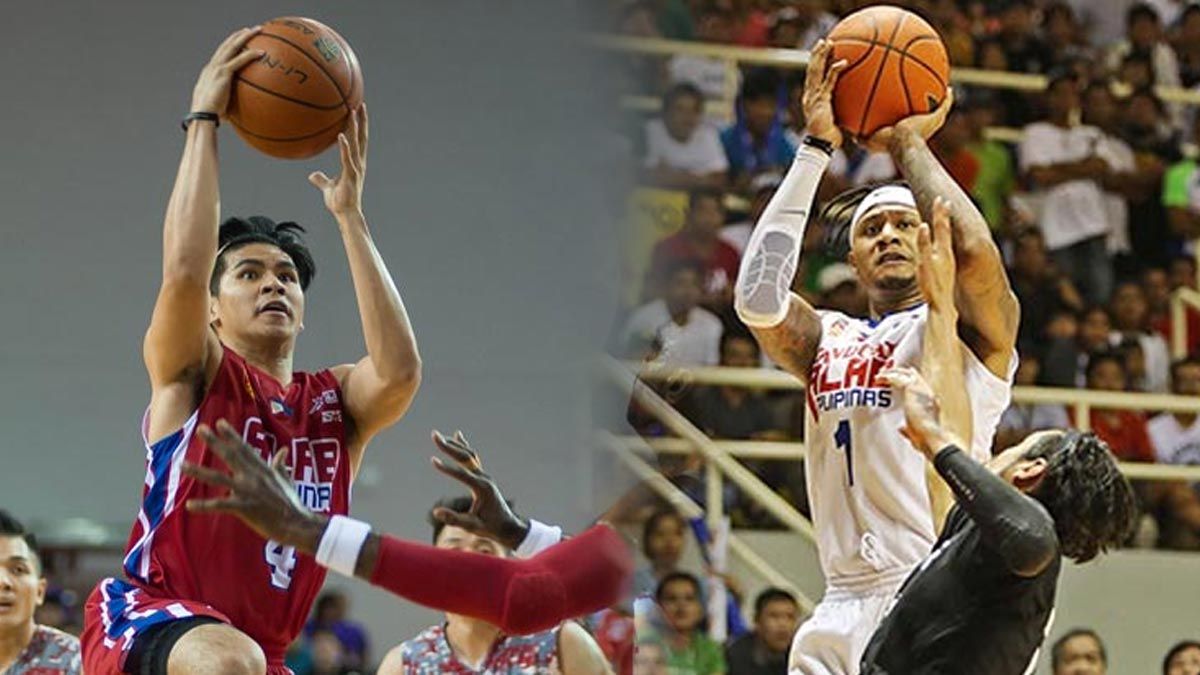 The 6-foot guard torched Blackwater with five threes en route to a 115-109 NLEX win in a game at the Sta. Rosa Multipurpose Complex that saw the two teams combine for a record 37 treys - the most in a game in league history.

Ravena led the Road Warriors with 25 points, seven rebounds, and seven assists, none more important than the two clutch free throws that pushed NLEX's lead to 110-102 in the final minute.

His performance was a perfect complement to Olu Ashaolu's 31-point, 10-rebound performance as the Road Warriors started the conference at 3-0.

For his part, Parks led the Elite with 28 points on a 6-of-11 clip from beyond the arc, to go with his six assists, four boards, and two steals.

The other game came nearly a year ago last Oct. 29 in the 2020 PBA Philippine Cup bubble inside the Angeles University Foundation Gym where NLEX dealt TNT its first loss behind a 109-98 escape.

Ravena nailed a dagger three-pointer with 50.4 seconds left to make it a 104-96 lead to cap a 16-point, nine-rebound, and three-assist night for the Road Warriors.

Parks was also solid for the Tropang Giga with his 15 points, three boards, three steals, and two assists, but the three-time ABL MVP was banged up in the highly-physical duel as he had altercations against NLEX bigs Will McAloney and JR Quinahan.

Fast forward to now, Ravena and Parks find themselves on opposing ends anew, looking to get a win at the expense of the other.

Ravena's transition to Shiga has been seamless, averaging 11.2 points on 35-percent shooting from threes, alongside 5.0 assists, 2.3 rebounds, and 1.8 steals in 25.5 minutes, all coming off the bench.

Parks, on the other hand, has picked up the slack after a calf strain slowed him down early in the season. He has averaged 16.0 points on 33-percent shooting from deep, to go with 5.5 boards, 2.5 steals, and 1.5 assists in 20 minutes of play in two wins over the Toyama Grouses.

That's why expect only fireworks inside Dolphin's Arena when these two proud Filipino guards face off anew this weekend.

As they say, may the best man win.