St. John's, Creighton give glimpse of March Madness for one half

NEW YORK — Jett Canfield was having the game of his life.

In his first chance to play college ball at hallowed Madison Square Garden, no less.

Just a few steps from Broadway.

A 5-foot-10 redshirt freshman from Topeka, Kansas, Canfield drained a 3-pointer for No. 7 Creighton in its Big East Tournament opener against St. John's.

By the halftime horn, he was 3 for 3 from the field for a career-high eight points in 6:38 off the bench. He entered averaging 6.1 minutes per game, but was called on early with Bluejays star guard Marcus Zegarowski sidelined by a knee injury.

A cherished memory in the making for Canfield -- but that memory will have to suffice. None of it will count in the record book.

"I am pretty sure he will put a DVD of that in a time capsule for sure so that it lives forever," Creighton coach Greg McDermott said back at the team hotel across the street.

In one of the stranger sports developments during this strange and scary time, the teams played 20 minutes of hotly contested basketball Thursday afternoon (Friday, Manila time) in a mostly empty arena before the conference called off the rest of its postseason tournament because of the coronavirus pandemic.

Right after players and coaches headed inside to their respective locker rooms, Creighton cheerleaders gave a spirited performance at midcourt as though it were any other typical halftime.

Only a few hundred fans were on hand as part of the restricted attendance policy implemented late Wednesday night. By the time some of them were able to grab a drink or return from the restroom, television broadcasters had announced the remainder of the tournament was scrapped. 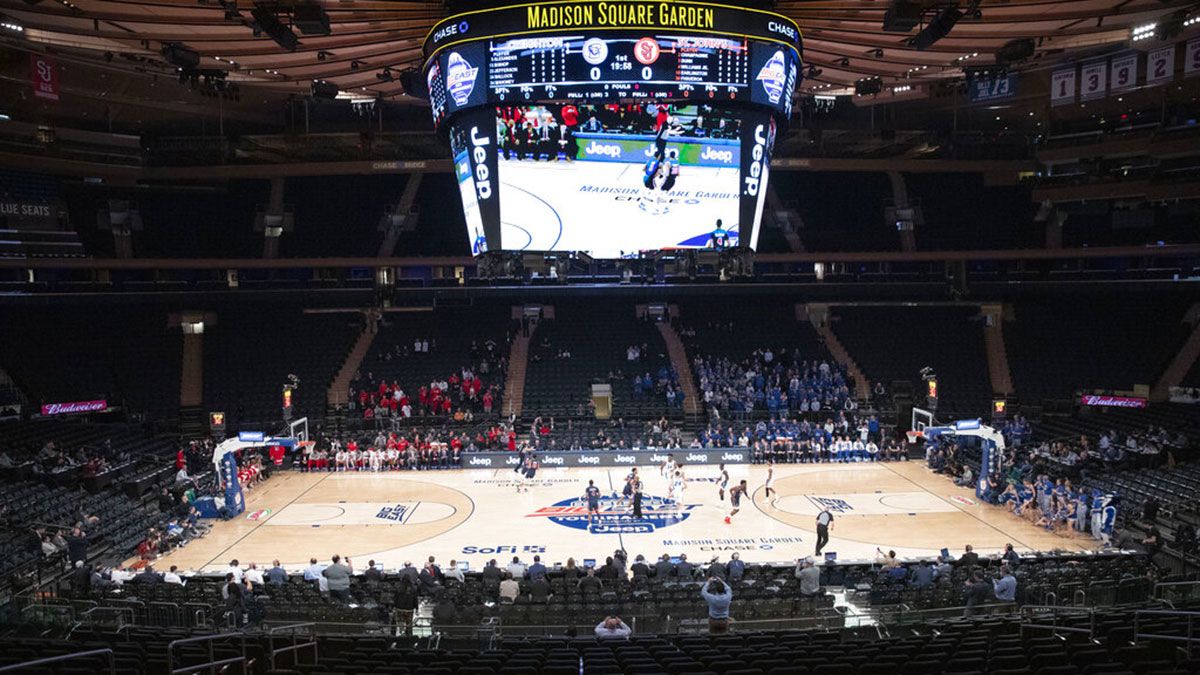 Moments later, word came over the public address system informing the "crowd" at The Garden.

Fans soon filed for the exits. First, some in the St. John's section behind the team's bench gleefully began clamoring that the Red Storm must be de facto champions because they held a 38-35 lead.

Under NCAA rules, the statistics will not count and neither team was awarded a win because the game did not last at least 30 minutes, which is considered a "reasonable point of conclusion."

"This is a situation that I have never experienced before and I know our team has never experienced it," St. John's coach Mike Anderson said in a statement. "Our guys are very disappointed. We feel like we've been playing some of our better basketball, but at the same time this is bigger than basketball with this coronavirus. This has a worldwide effect and that's a game of life.

"I'm glad to see our leadership made the decision to cancel the tournament. Again, we were disappointed but at the same time it's the right thing to do. I'm just proud of our guys, the fans that came out and supported us."

Many of the big conferences around the country canceled their postseason tournaments in the minutes before the Big East tipped off Thursday. Two opening-round games were completed Wednesday night, including the Red Storm's win over Georgetown, and four quarterfinals were originally set for Thursday.

Moments before the opening tip, there appeared to be some question if Creighton and St. John's would play. The teams emerged from their locker rooms later than normal for pregame layup lines, but the public address announcer went ahead with player introductions and the Creighton pep band performed the national anthem.

Players waited on the court for a go-ahead past the scheduled noon EDT tip, but at 12:06 p.m. official James Breeding gave a thumbs-up to Anderson, and the game began.

"You all can second-guess our decision to play that first half. That's your prerogative," Big East Commissioner Val Ackerman said in a news conference afterward. "But I can assure you we were doing the best we could with the information we had. And when we had to make the decision -- and as soon as we got the information, particularly from the city, we didn't hesitate to do what we had to do."