BIÑAN, LAGUNA — Bicol-LCC Stores leaned on a strong fourth quarter to fend off the also-ran Sarangani Province, 86-72, in the 2019-20 Chooks-to-Go/MPBL Lakan Cup here at the Alonte Sports Arena, Tuesday.

Down by three points, Alwyn Alday poured in five points in a crucial 9-0 swing to give Bicol the lead, 66-60, with 7:31 remaining in the fourth quarter.

Ronjay Buenafe, Jolas Guerrero, and Jonathan Aldave then carried the scoring cudgels, leading the Volcanoes to an 82-69 advantage with 1:28 left to shut down Sarangani Province.

Aldave’s free throws with 35.6 seconds remaining gave Bicol its biggest advantage in the game at 16 points, 86-70.

Buenafe fired 26 points on 5-of-14 shooting from the field while also draining 14-of-16 from the charity stripe. The former NLEX Road Warrior also tallied seven boards, six assists, and two steals for Bicol – which tightened its grip on the eight seed with a 14-13 record in the South Division.

Alday added 20 points and five boards for the Volcanoes while Aldave had 12 markers, three boards, and two assists. 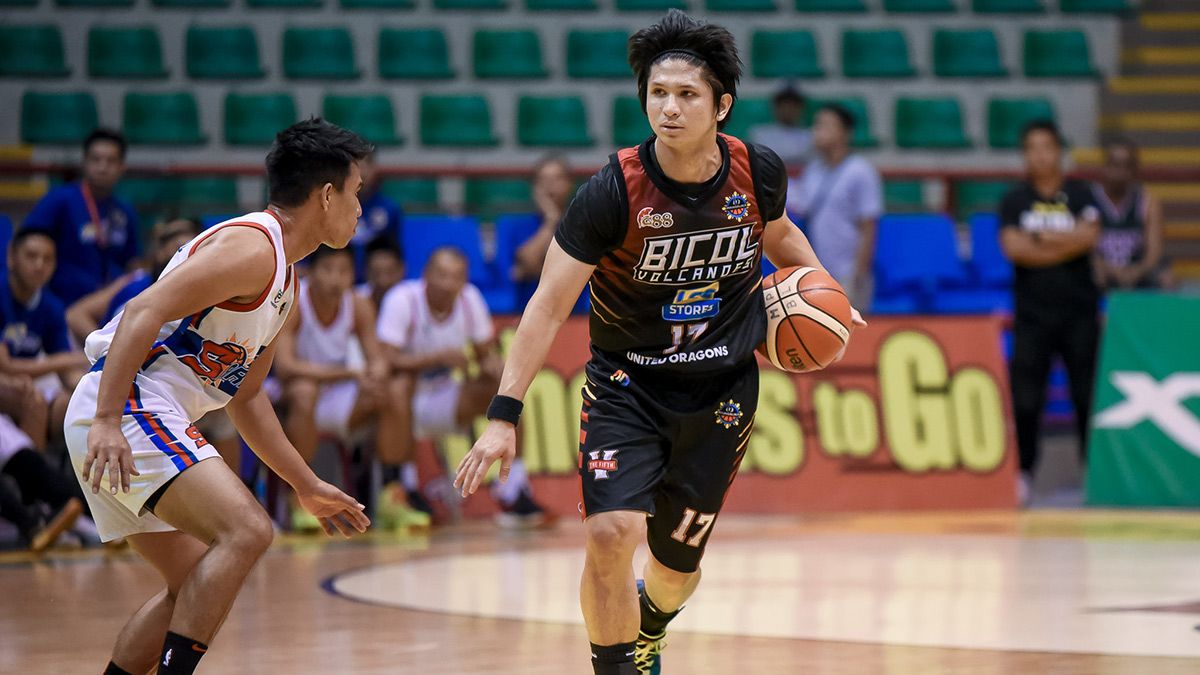 Alwyn Alday comes through for the Volcanoes down the stretch.