Leading the crushing for the Peace Riders was Michael Mabulac with a double-double of 15 points and 11 rebounds, all in just 18 minutes of play. He was also a team-best plus-23.

Fielding 13 players right in the first half, 12 of them scored led by Michael Mabulac's 10 as Basilan took a 54-37 lead at the break.

The Peace Riders would stretch the lead to 29 at the end of the third frame with tough defense, limiting the Explorers to just eight while converting 20, 74-45.

Basilan's lead would balloon to 35 on Stephen Siruma's triple, its biggest lead of the game, on their way to 4-0, still at second place behind the 5-0 Clarin.

Captain Jonathan Uyloan tallied 16 points built on four triples along with three assists and three steals for the Peace Riders. Jay Collado and Michael Juico also chipped in 10 apiece, with the latter doing it in less than 10 minutes of action. 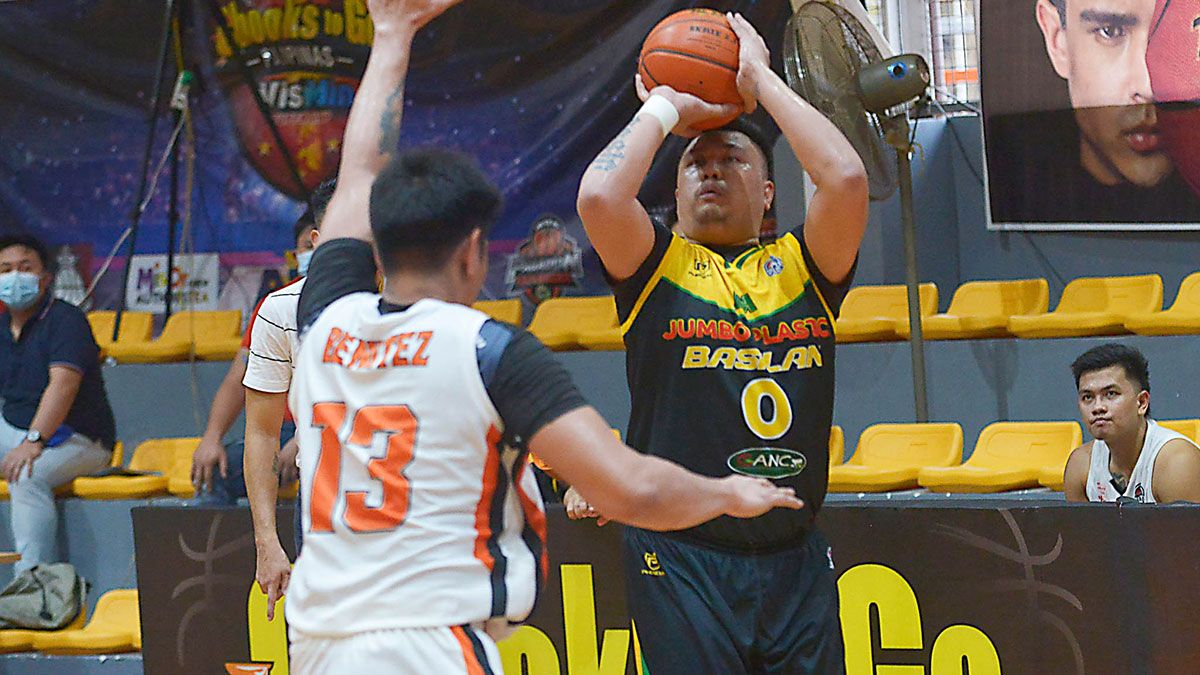 Jessie Collado goes up for a jumper.

Basilan, the league-leaders in bench points, capitalized with its substitutes, dropping 55 points while their foes only had 22.

Christian Manalo paced Pagadian with 16 points, five rebounds, and three steals. Rich Guinitaran got 13 points, but only had nine shots.

Team leader Mark Benitez was also defended well, only having two points, on a poor 1-of-9 clip, to go with seven rebounds.

Paolo Bautista hit the showers early, incurring a flagrant foul 2 at the 1:15 mark of the third period.

The Peace Riders will conclude their back-to-back tomorrow against MisOr at 6 pm. Pagadian will play its final game of the eliminations on Tuesday against Iligan, 2 pm.