THE Basilan Steel expressed dismay over the ballclub losing the Lakan Season South Division finals knockout match against Davao Occidental via default due to a league ruling after four of their players tested positive of COVID-19 following a re-swab.

In a lengthy statement on their Facebook page, the Steel called the decision “unfair” and lamented the unpreparedness, the team claimed, of the MPBL in staging the bubble in Subic to resume the Lakan Season that was postponed last year due to the pandemic.

Basilan also claimed the MPBL broke its own ruling in which games will be postponed, and not forfeited, if a player tests positive during the course of the bubble tournament.

Basilan will not play its knockout game in the division finals against Davao Occidental after four players tested positive of COVID-19 after a recent re-swab. Prior to the recent development, the Steel went on a seven-day quarantine in a separate hotel after two members tested positive.

The MPBL then set a condition that the team will lose by default if a member of the team tests positive again in the re-swab in order to protect the integrity of the bubble, and automatically giving Davao Occidental the last finals seat against San Juan for the crown.

Although the ballclub joined in the resumption of the season in support of Sen. Manny Pacquiao as well as for the team’s fans, the Steel also rued the rush in staging MPBL bubble, saying that it only exposed their players to the virus.

“Basilan Steel Jumbo Plastic Phenom team is greatly disappointed with the decision of the MPBL management committee in defaulting our Division Finals game against Davao Occidental Tigers. We have long patiently waited for this resumption which took a year to unfold due to the pandemic.”

“Despite not having concrete plans and a systematic approach of the committee to proceed with the games, our team adhered to the plans in support of the vision of our good founder-Senator Manny Pacquiao. With very limited time given by the MPBL, our players exposed themselves to the danger to prepare for the games and our management accepted the proposal despite the huge cost it will take just to proceed. All this because we wanted to give joy to all basketball fans especially to Basilenos who have been passionately cheering for us since our cellar-dweller days in the MPBL.” 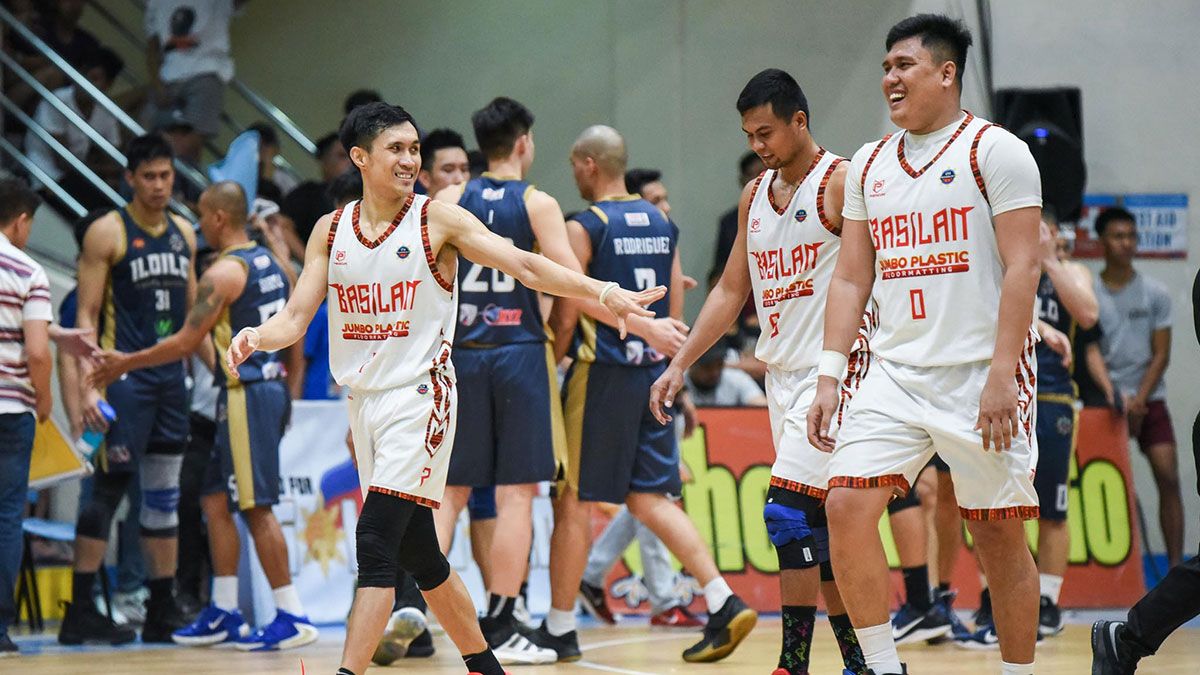 The Steel also said the MPBL should enforce the ruling that there would be postponement of games if a player tests positive in the bubble. The team attached a screenshot of the said rule in its Facebook page.

“By not preparing well and rushing the resumption, MPBL has unconsciously exposed our players to the dangers and perils of the virus. And now that some of our players have tested positive of COVID-19, we demand that the MPBL implement its (own) protocol signed by its (own) medical team that if someone tested positive in the bubble, there would be postponement of games until the team is ready to play its game.”

With the default, Game One of the best-of-five national finals is already set on Wednesday, the supposed day of the knockout match. But Basilan is asking for reconsideration of the decision.

“Our request for a re-swab for a positive player fell on deaf ears. We were even given the reason that we have to default because it is very hard for them to get a permit to resume the games and because of the high cost it will take to extend the bubble. But we also have to argue that nobody can escape this disease, a disease we can’t even see. A disease that can hit anyone no matter what your place is in society. We feel that our team is sacrificed just for the same of finishing the season.”

“We are asking for reconsideration from the MPBL and directly to Senator Manny Pacquiao not just for us but for the integrity of our league,” the ballclub added.