BOBBY Ray Parks showed consistency as the Nagoya Diamond Dolphins outlasted SeaHorses Mikawa, 82-65, to collect their third straight win in the 2021-22 season of the B.League at the Wing Arena Kariya.

Parks gave out 13 points, three rebounds, and two assists in 28.55 minutes of play on Wednesday night.

The win put the Dolphins' record to 12-7. They will next face Toyama Grouses, who are also fresh off their third straight victory, on Saturday at the Dolphins' Arena.

Toyama's Pinoy star Dwight Ramos had a slow day with just eight points - six in the fourth frame, six rebounds, and two assists in their 92-75 blowout against Shinshu Brave Warriors.

From the opposite side, though, it was quite a huge game for Matthew Aquino who posted his league-high 10 markers, three boards, and a steal from 21 minutes of play. He also started the game for Shinshu, for the first time-ever.

Before this, he only had a maximum minutes of eight in a single game.

SBW will next be meeting the Shimane Susanoo Magic on Saturday at the Matsue City Gymnasium. 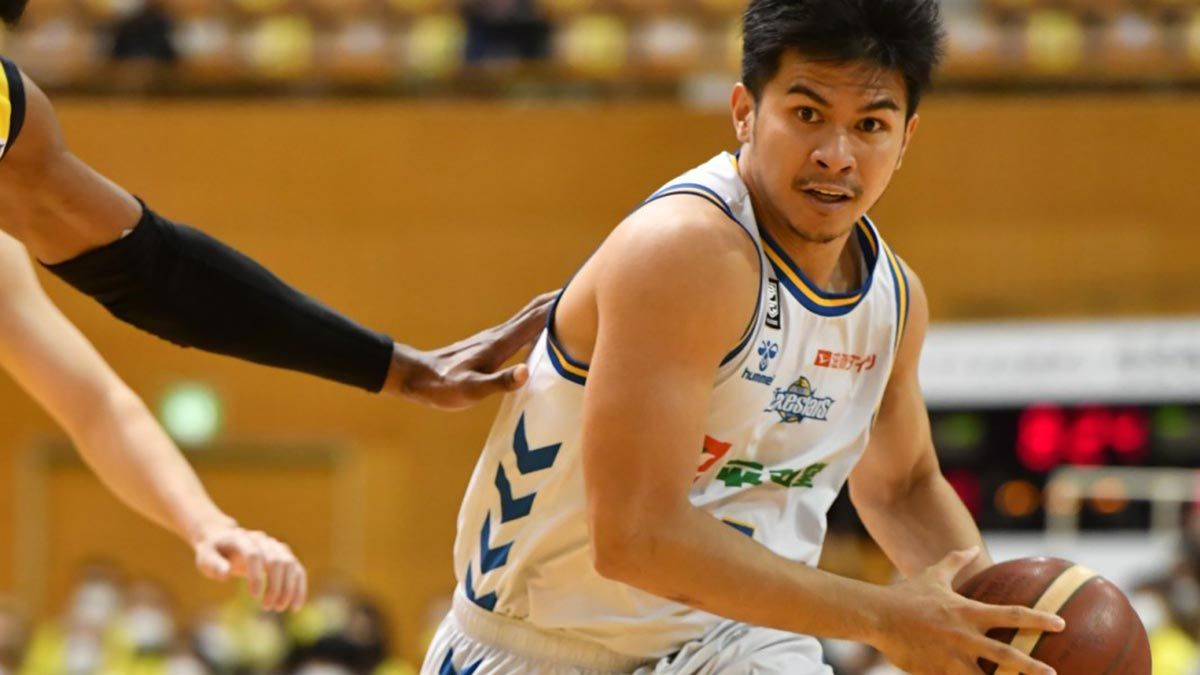 Meanwhile, Kiefer Ravena recorded his B. League-high of 28 points, although the Shiga Lakestars suffered their 11th straight loss after a defeat to Osaka Evessa, 81-89, at the Ookini Arena Maishima.

He also added seven assists and two rebounds, but it wasn't enough. Shiga dropped its record to 6-13 as it battles Yokohama B-Corsairs on Saturday at the Ukaruchan Arena.

His younger brother, Thirdy, finished with 12 points, two boards, five dimes, and a steal on San-En NeoPhoenix's defeat to Hiroshima Dragonflies, 74-82, which dipped its record to 3-16.

NeoPhoenix will next face Osaka at Toyohashi City Gymn on Saturday.

The former UP forward, who came in averaging 9.4 points in 18 games, played his lowest performance the whole season, recording just three rebounds, and nothing else in 17 minutes of play in Niigata Albirex's loss to Shimane, 59-90. It's their 16th straight loss.

Niigata collides with Hiroshima on Saturday at the Region Plaza Joetsu.

Meanwhile the Ibaraki Robots, who came off a win, failed to sustain their push after trailing by just a slim margin in the fourth frame, losing to Levanga Hokkaido, 92-103.

Javi Gomez de Liaño only scored two rebounds and a point within 2.53 minutes of play.

Ibaraki dropped its record to 3-16.

They will next face Alvark Tokyo on Saturday at the Tachiikawa Tachihi.