PLAYERS of Assumption Montessori School of Cagayan De Oro were overwhelmed the moment they stepped inside the modern Mall of Asia Arena, site of the NBTC National High School Championship.

Back home, the Jaguars belong to one of the smallest schools in Cagayan de Oro and consider an outdoor cement court that doesn’t even conform to the official dimensions of a basketball court as their home floor.

The court (see picture) looked so small the coach called it, quite aptly, a 'mini court.'

Racines and the Jaguars, however, ended up living the dream of every small school in the country when they defied great odds to take home the Division II title in the NBTC championhips.

The Jaguars capped their Cinderella run by beating St. Jude College Cavite, 72-71, in a thrilling game that had all the makings of how a championship game should be played.

Racines, who took over the humble program in 2014, had aspirations of his own to pursue a career in basketball in the Big City after being recruited by NCAA side Jose Rizal University.

But Racines never got to take advantage of the opportunity but finds fulfillment in seeing his young players at Assumption Montessori School realize their dreams.

Racines said none of it would've been possible without the strong support from school owner Engr. Jorey T. Alfaro and his teacher-wife Bambi Gomez-Alfaro - and a recruitment program geared towards giving kids from poor communities a chance to play in their school. 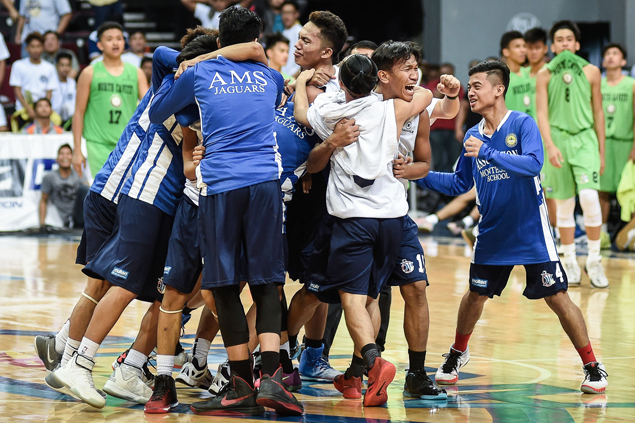 Their intensive recruitment program bore fruit as Assumption recently won the Prisaa tournament in Cagayan de Oro and fell just short of beating Corpus Christi High School in the regional qualifier for a spot in the 2017 Palarong Pambansa.

Assumption also persevered after winning just one game in the NBTC tournament last year when it was still part of Division 1.

The hardwork paid off as Assumption completed a sweep of the elimination round capped by a victory over last year’s Division 2 champion De La Salle Lipa. 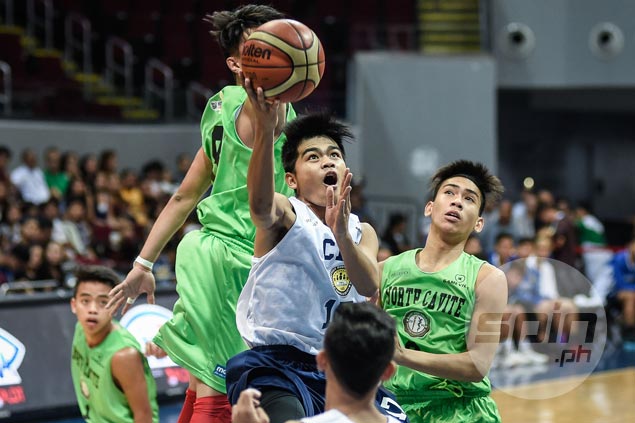 From there, Racines and assistants Thirdy Pabillore and Jerico Racines quickly went down to the business of scouting a St. Jude squad that was considered a heavy favorite after losing by just one point to San Beda in a Southern Tagalog regional meet.

The Cagayan De Oro-based squad went off to a 16-8 lead in the first quarter and went ahead by as much as 11 in the fourth quarter. That lead soon evaporated as St. Jude made a run to cut the lead to one point.

Romel Calahat, Rome Mutya, and the tournament’s Most Outstanding Player Milo Janao took over in the clutch, hitting late baskets to combine for 58 of the team’s 72 points.

As the final buzzer sounded, what seemed improbable had come true. 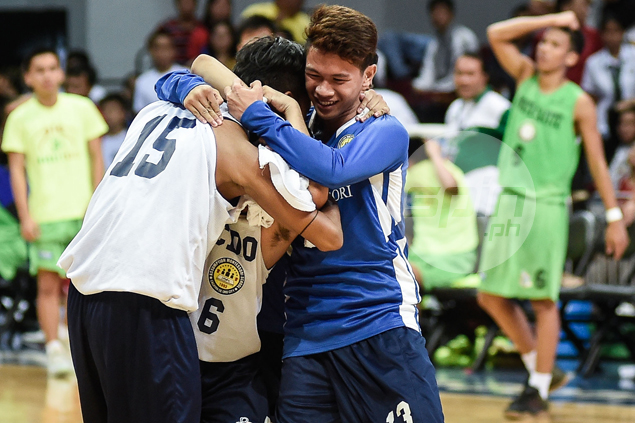