Two decades after winning an MBA title, Tatay Aric wants to do the same in MPBL

ARIC del Rosario has been coaching for so long that some of the coaches he’s up against in the Maharlika Pilipinas Basketball League (MPBL) weren’t even born when he started in the business.

Yet at 78, the multi-titled mentor still finds thrill in roaming the sidelines.

While most of his contemporaries are long retired, ‘Tatay Aric’ - as some of his former players fondly call him - has just made his comeback as head coach for the Paranaque Patriots in the MPBL at the Smart Araneta Coliseum.

There he was on Friday leading the Patriots to a 70-60 win over the Caloocan Supremos in their debut in a game that ended just a few minutes before midnight, well past bedtime for most men his age.

It isn't a problem for Tatay Aric.

Del Rosario’s latest comeback hasn't been easy. The proud architect of University of Santo Tomas’ four-peat in the early 90s resides in Quezon City, yet he makes the sacrifice to travel to Paranaque on an almost daily basis to run practices with the LGU backed-squad.

Yet it didn’t take much for the city to convince del Rosario to break his three-year hiatus from coaching and get back on the grind.

Del Rosario is one of the most successful coaches in Philippine basketball, having won championships not only for alma mater UST but also for the Pampanga Dragons in the MBA and with Alaska as one of Tim Cone's former assistant coaches.

Yet to this day, he still feels nervous before games. 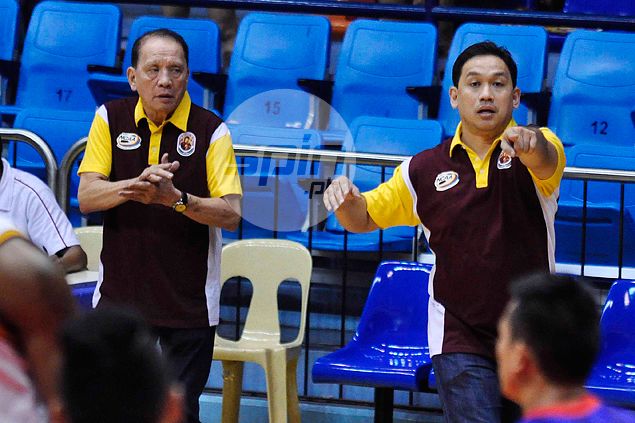 His return to coaching also deepened his bond with his sons. His son Lester has been his assistant for the longest time, but now del Rosario has also tapped his sons Roderick and Edsel to help him out in the sidelines as well.

Asked if he’s still strong enough to get in the faces of his players the same way he did in his heyday with the Growling Tigers, del Rosario answered in the affirmative.

For del Rosario, there’s still enough history to be made as he makes his swan song.

Del Rosario made history by becoming the first head coach to win an MBA title with the Pampanga Dragons back in 1998. Two decades later, del Rosario would want nothing more than to repeat that feat in another regional tournament with almost the same format.