LIMA, Peru — After the final buzzer, the members of Argentina's women's basketball team huddled near the edge of the center circle and cried — even when they won.

Their 73-59 victory over the U.S. Virgin Islands at the Pan American Games on Thursday (Friday, Manila time) was bittersweet. A day earlier, they had walked into the same court wearing the wrong uniform color and had been forced to forfeit their match against Colombia, and blocked from advancing to the medal rounds.

No one knows exactly what went wrong. The Argentines were supposed to wear white jerseys as the away team but came onto the court in the Peruvian capital in blue, the same color as Colombia. They had 15 minutes to correct the mistake but couldn't get the right shirts in time, leading to Colombia being awarded a walkover 20-0 victory.

The embarrassing blunder prompted two senior team officials to resign and became a sad end to the medal hopes of a promising team. But "The Giants," as they are best-known, grew even bigger with adversity and recovered with a resounding, even if symbolic triumph.

"It was a very emotional game. We needed to show that we were going to fight until the end," said Melissa Gretter, who scored eight points. "It was tough yesterday, but we knew we needed to change the chip. We knew that we had a game to play, and we wanted the victory." 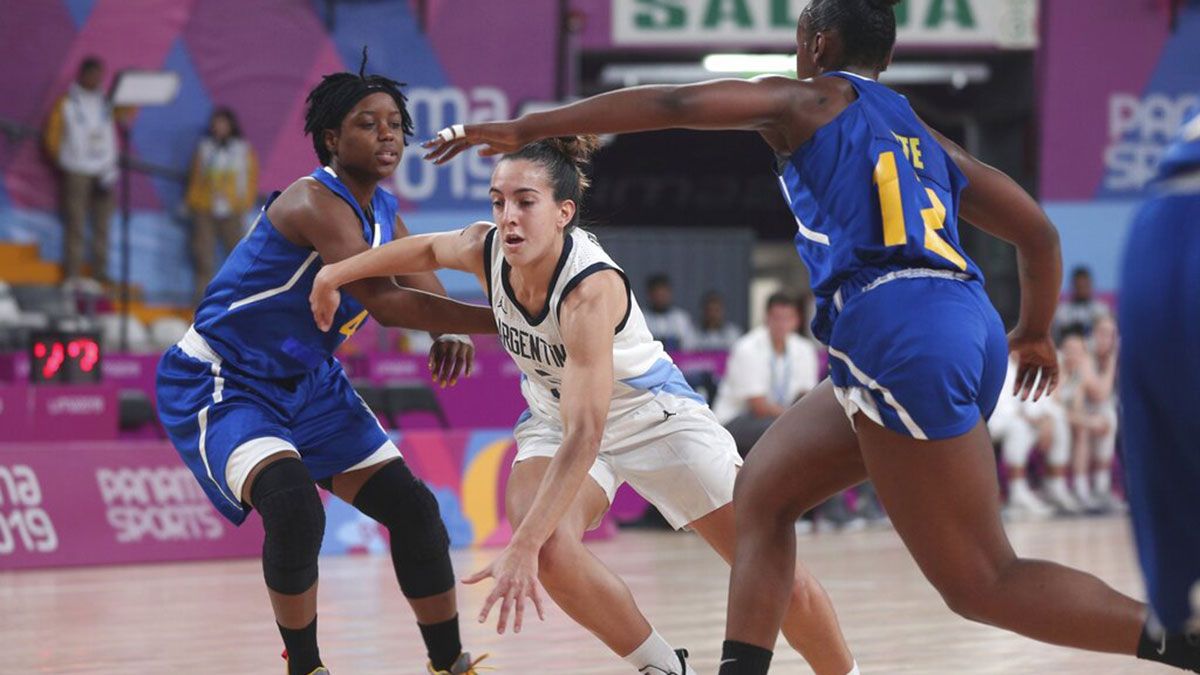 Gretter tried to hold back tears in front of journalists until she broke down when she remembered the joy of her teammates when they flew on a plane from Buenos Aires to Lima for the beginning of the tournament.

"We came in search of medal," said Gretter, a 5-foot-1 (1.65-meter) point guard who has been called the Lionel Messi of Argentina's basketball.

"That hope for us is gone. It's a tough situation...but we're going to end this championship in the best possible way."

Coach Leonardo Costa said he was proud of the grit shown by his team. "We're still hurting. We hope that tomorrow it can heal, but it was difficult," he said. "We understood in the locker room that the best we could aim for is the fifth place and we're aiming for that like the responsible team that we are. The girls are competing like it is back to day one."

Argentina team leader Hernan Amaya had resigned hours earlier, calling it "one of the saddest moments of his career" and taking responsibility for the mistake. But no one was pointing fingers at each other after Thursday's game.

"I'm not going to talk about Hernán...he's like a dad to me," said Débora González, who scored nine points against the USVI. "Everyone knows what they did and what they must do. We have to continue doing more so that Argentina's basketball can be a winner... even if a thousand things happened to us, we love to wear this jersey."