FROM foes to partners-in-crime, Joshua Munzon and Alvin Pasaol have truly played perfect music together in the halfcourt.

And there's no better proof to the deep bond between this dynamic duo than in the Million Peso Game of the 2020 Chooks-to-Go Pilipinas 3x3 President's Cup Grand Finals presented by TM last Friday.

With a chance to seal the victory for Family's Brand Sardines Zamboanga City with 1:35 to spare, Pasaol almost turned into a goat as he missed a pair of freebies and an undergoal stab which kept the window open for the Nueva Ecija Rice Vanguards.

What followed was a wild sequence, with Jai Reyes draining the deuce to cut the lead down to one, 20-19, and Gab Banal getting a crack at the victory with his own two-point attempt.

That Banal shot, however, missed its mark as Pasaol secured the rebound and gave the reins to Munzon at the top of the arc.

"For me, (Pasaol) gave me space and I was comfortable to take that shot. Those are the shots that I've been taking all tournament," said Munzon, who sized up Reyes for his game-clinching heroics. 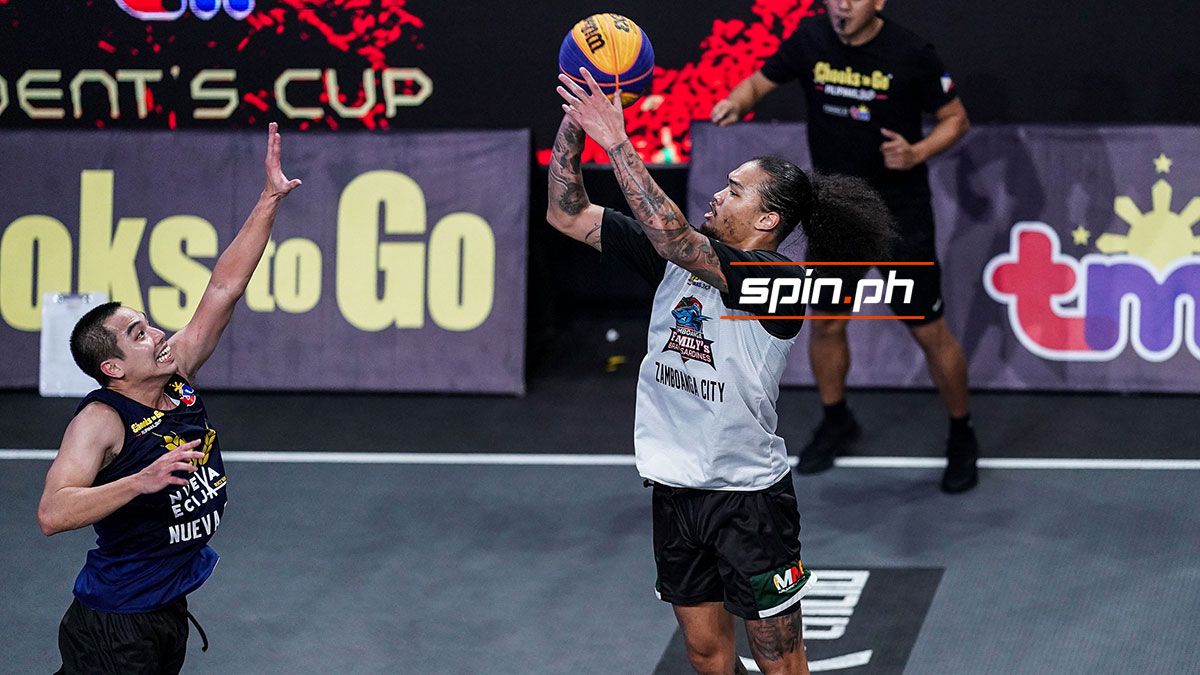 Without hesitation, the Fil-Am gunner went up and swished the dagger to deliver Zamboanga City the 22-19 conquest over Nueva Ecija in the championship match.

Pasaol, for his part, is just grateful to be side-by-side with Munzon.

"At the end of the day, champion naman kami dahil nandyan si Josh," he said of the combination of the top two ranked 3x3 players in the country.