SAM Deguara made the biggest difference for San Miguel Alab Pilipinas as it got back at Mono Vampire with a 96-73 drubbing on Tuesday in the Asean Basketball League (ABL) at the Filoil Flying V Centre in San Juan.

The towering Maltese scored 20 points, grabbed 10 rebounds, and blocked three shots as he keyed a fourth-quarter assault that enabled Alab to redeemed itself from horror loss to Mono, 111-76, in its season debut last November 17.

That stretch also saw the Thai side go scoreless for the first five minutes of the payoff period, with Preston Knowles' fastbreak basket ending the drought at the 4:52 mark of the final canto. 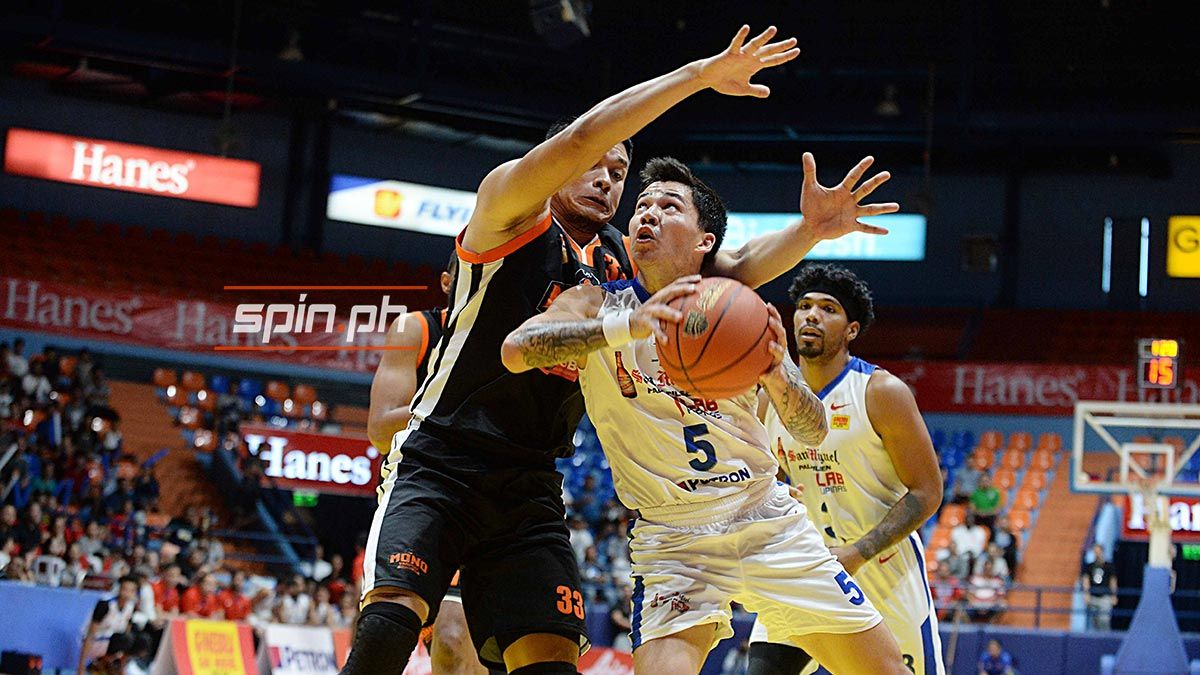 But the deluge continued, with Alab bringing the lead back to 28 points, 88-60 after a Louie Vigil fastbreak with 4:07 to play.

Jason Brickman also set the tone for his side, flirting with a triple-double with his eight points, eight rebounds, and 10 assists to steer the Filipinos to their third straight victory and a 3-1 season record.

"Last time we played these guys, we were outcoached and outplayed. Its important for us to comeback and show how much progress we've made the last four weeks," said coach Jimmy Alapag.

Nick King topscored for the Philippine crew with 24 points on an 8-of-18 shooting from the field, on top of five boards, three assists, and three steals, while fellow World Import Khalif Wyatt had 13 points, five dimes, and four rebounds as Alab dealt Mono its first loss in four outings.

Alab will now end the year on the road when it faces the Formosa Dreamers in Taiwan on Sunday.

Tyler Lamb paced Mono Vampire with 22 points, six rebounds, and three assists, as Mike Singletary had 17 points and 11 boards in the defeat.