THE more I look back at the stunning turn of events that unfolded the past two days over the lewd photos allegedly belonging to basketball star Kiefer Ravena, the more questions come to mind.

Don't get me wrong. I'm glad Kiefer has come out to face an issue that has festered for a while now on social media, encroaching into a platform where the former King Eagle and equally popular girlfriend Alyssa Valdez connect with fans when not thrilling them on the court.

But what raises concern was the way the whole controversy was handled, or perhaps managed, depending on how you see it, by people who seemed more concerned about protecting Ravena the brand rather than looking after the welfare of Ravena the human being.

Look, Ravena is a genuine star and, from what I know, a nice young man. Seeing him from up close, you realize Kiefer was raised well and prepared for the nuances of stardom. He's actually the last person you hope would get caught up in a controversy such as this.

What's not to like about a player who may not always be the most athletic but is always the smartest on the floor. His dad Bong once told me that as a kid watching a game with him on the living room couch, Kiefer would often correctly predict at what point a coach would call a timeout.

"He wasn't too much into the players' moves, he was more curious about the coaches' strategies," Bong said. "And he was just a kid."

It is likely this deep understanding of the game that allows him to play without fear, and audaciously take over with a game on the line, magnanimous if the team won and not passing the blame on anyone but himself if it lost.

If you appreciate Ravena the player, you'd find it easier to like Ravena the person. Or for that matter his public persona on Twitter, where he is both playful and charming, engaging and sincere - rare for a celebrity in a platform filled with mostly contrived personalities.

Unfortunately, he looked neither sincere nor forthright as the events unfolded over the past two days.

We don't lose sight of the detail that Kiefer is the victim here, and we know even the most composed men caught in such a bind will quiver when put infront of a camera. But the lines Ravena mouthed after a suspect was caught in an entrapment operation sounded prepared, even spoon-fed. 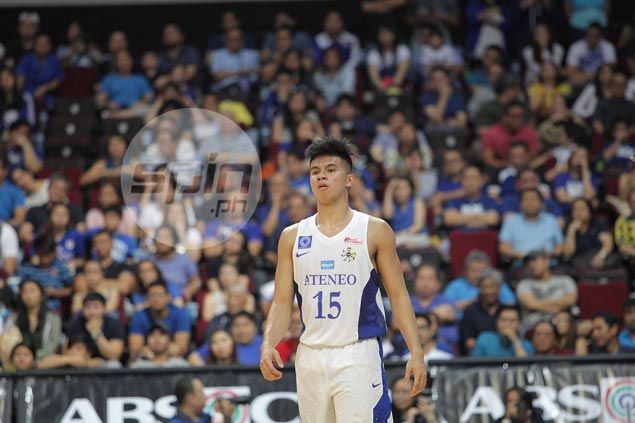 Even more unsettling was the way networks and media entities which got access to the story curiously left pertinent questions unaddressed in the course of the narration. The facts, in this case, certainly didn't get in the way of a good story.

Sadly, those blank spaces are now left to be filled by anyone with access to social media - to Kiefer's detriment.

A video of the supposed entrapment operation itself, supposedly taken by the PNP Anti-Cybercrime Group and later released on television and online by the media, raises more troubling questions in terms of ethics and procedure.

An anti-cybercrime group, of all government agencies, should be aware of the propriety of releasing footages/ images of suspects who, the law says, are innocent until proven guilty. Or is this basic right too much to ask in a nation that has grown used to unsolved killings?

It remains to be seen how this will all play out in the end, both for Kiefer and the suspect. But from the strange scenes from Wednesday, Ravena ended up facing more questions that weigh him down as he tries to move on, while the suspect is lost in a smokescreen now enveloping the whole saga.